Troup County Sheriff’s Investigators are looking for a pair of men who allegedly smashed their way into convenience store late Thursday night.

Early Friday morning about 2:25 a.m., deputies with the Troup County Sheriff’s Office responded to the J&J Food Mart on Bartley Road in reference to an alarm activation.

Deputies arrived to find the front glass door busted out and an apparent burglary.

The passenger then exited the vehicle and smashed the front door in order to make entry. The suspect entered the location and took two boxes of lottery tickets and then attempted to take the cash register.

The suspects then fled the location heading north on Whitesville Road toward LaGrange in the white Nissan.

Sheriff’s Investigators have provided screen images from the security video, hoping to identify the suspect or locate the suspect vehicle.

This incident is still under investigation by the Troup County Sheriff’s Office Criminal Investigations Division.

If anyone has any further information on this incident, please contact investigators at the Troup County Sheriff’s Office at 706-883-1616. Anonymous tips can be left with the Troup County Crime Stoppers at 706-812-1000.

Investigators are working to identify the suspect vehicle, which is believed to be a white Nissan Sentra. 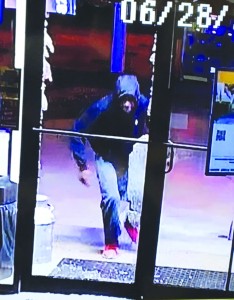 The unidentified suspect busted in through the front glass door. 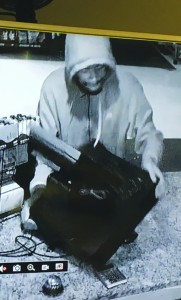 2019-06-30
epopulate
Previous: Red Sox Edge the Marlins, 5-4, Kunchala Contributes for the Sox
Next: The Ray and Curiosity Lab at Peachtree Corners Partner to Further Transportation Innovation

Drunk Driving Suspect Tries to Back Away from DUI Checkpoint