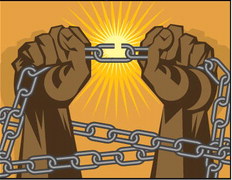 Addiction is becoming rapid in Troup County as well as around the world. Crimes are being committed because of the need of money to supply this addiction. Addicts will steal from friends, family and strangers. This is a serious problem in our county and a group is coming together to help raise awareness and help those in need.

Many think there is a big meth problem in LaGrange. That is only part of the addictions here. Pills such as oxycodone, hydrocodone, and others have become a big issue in Troup County and just as dangerous as meth.

On November 14 at 6:00 pm, the first ever Break Every Chain: Troup County Addiction Revival, is a community wide effort to develop a solution to the substance abuse issues here. The event will take place in Downtown LaGrange Square. There will be live music, and 808 Ministries will be leading the worship, and testimonies from people who have overcome their addiction.

You are invited to stand up as a community to break the chains of addiction that bind this county and the surrounding counties. This event is to raise awareness about addiction. There will also be a chain breaking ceremony to help people symbolically shatter the grip of whatever addiction may have a hold on them.

Celebrate recovery will be present. Heard County DA's office will be there, support from several local churches, the LaGrange Police Department, and much more.

donations which will make this event possible. Donations were made by Mudcreek Graphics-Banner, PC Screen Printing-Flyers, and Ragan Grading-restroom facilities. Troup Co DUI Court Judge Jeanette Little is offering credits to clients for attendance. Alan Slaghenhaupt from City of LaGrange has donated his sound equipment and his time and EDA has agreed to let us use their screen.

There is has also been a lot of help from Camp’s family and friends such as such as Anita Hewett, Alan Aldridge, Julie Homan, and Nancy & Charles Wardlaw. A lot of people are helping pull this event together.

Camp started drinking alcohol at the age of 11, but it didn’t stop there. By the time she was 13, she was addicted to meth and started making it. Other testimonies will be given by Anita Hewett, Katie Baker, Britney McNair, April Baek, Tim Moncus, Ruben Lopez, James Rimmer, Roy Fowler, Stacy Echols, and Michael Moat.

“When I was a teenager, I would do whatever drug was put in front of me,” says Camp. “Heavily. I had my first child when I was 17. At 19, I was pregnant with my second child, had a 2 year old son, and 11 felony charges.”

Camp relapsed several times after going to treatment centers. At age 25, she went back into treatment and stayed for a year. After being sheltered in the center then going back out into the world she relapsed again.

“I would lie, go to churches and get them to take up love offerings for me,” says Camp. “My kids would find me overdosed. My mother was always on pins and needles, expecting to find me dead every day.”

When Camp became pregnant with her third child, her kids were 10 and 12. She stated things were turning around. She wanted to live and survive for her baby. She got engaged to her baby’s father, but four days before the wedding she ran away and relapsed again.

Camp ended up back in jail with more felonies which brought her total felonies to 16. The judge was not happy and jailed her without bond.

“I came home last October and started drinking a lot,” says Camp. “Got DUI’s. I gave guardianship of my daughter to my ex-mother in law.”

On September 16, 2015, Camp walked out of jail for the 13th time, with 19 felonies on her record. She walked out of the jail barefoot and had nothing. Camp knew something was different this time.

“I had never really believed in God before,” says Camp. “But he spoke to me. He said ‘I have a different plan for your life than this cell. I knew that whatever I had to face on the other side, no matter how painful, God had better. I wanted to live, and see what better was, and so far, His better is SO MUCH better than any high.”

Soon after her release, Camp heard about a treatment center wanting to come to LaGrange. She started praying that God would help them.

Kelly’s spiritual mentor, Ms. Wanda Walker, had attended the meeting about the prospect of the new facility. When she got out of the car, she was humming “Break Every Chain”. They knew that would be the name that would bring Kelly and her friends together.

Camp stated, “It’s going to be EPIC!!!! I am so excited and hope to see everyone there.”