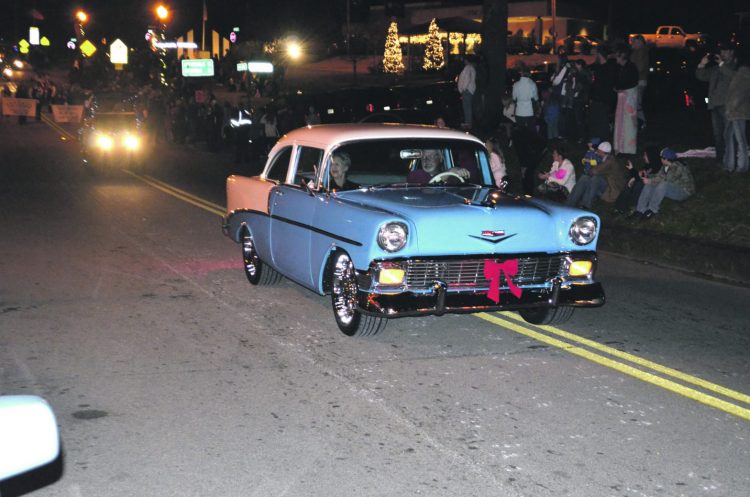 The streets were cold, but people were in good spirits on the night of Saturday, December 5th when Hogansville, Georgia hosted their annual Christmas parade. All along Main Street people gathered around to watch the floats roll by and grab the candy that was thrown from all of the floats.

Many local businesses and organizations were on hand to help take part in the festivities. The Budweiser Clydesdales made a special appearance with the crew from the LaGrange Grocery Company, an amazing business here in LaGrange that is involved with many different things in the community.

These were just a few of the amazing business and organizations that came out to the parade. There were also many pedestrians participating with their bright smiles and some in their vintage cars. The Hummingbird Festival pageant winner was on hand along with other distinguished people in the community.

As the night wore on and the weather grew colder, the kids still lined the streets collecting the thrown candy, adults snapped pictures and talked rapidly, and Christmas spread through the tiny town of Hogansville, Georgia.