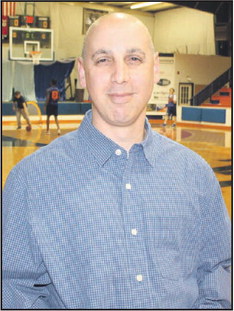 Basketball season has come and gone for the LaGrange Academy girls.

“We have another year of experience. We’re making progress, and we won three of our last six games. We took Bethlehem Temple to overtime (before losing in the Region Tournament, 39-31),” said Lady Warriors Head Coach Mike Petite.

The LaGrange Academy girls also lost to Crisp Academy, 66-8 in the first round of the State Tournament on Tuesday night, February 23 in Cordele in the Georgia Independent School Association.

Junior guard Leah Major and the Lady Warriors led 4-2 early in the game, but Crisp Academy came back to its senses and jump shots. The Lady Wildcats forged to an 11-5 lead in the opening period of play.

“They worked the ball and worked the ball until they got the shot that they wanted. We still fought. We played hard. There’s no fear in us, but Crisp started to knock down shots,” said Petite.

LaGrange Academy got outplayed by a more experienced team. The Lady Warriors still played like it was their last game, and it was. LaGrange Academy finished the season with a 5-24 record.

And the last game is hard to forget for the Lady Warriors, who replaced all five starters from last season’s Region 1-AA championship squad.

“We know how to play good defense. It wasn’t like we were standing around doing nothing,” said Petite. “Despite all the bad things we never gave up (this season). We want to get better, and we’re not OK with being 5-24.”

The Lady Warriors still got outscored 25-1 in the third period and 8-2 in the fourth quarter by Crisp Academy. The score at the end of three periods of play was 58-6 Lady Wildcats.

Crisp Academy had shooters on the perimeter, down low and off the bench. The Lady Wildcats played halfcourt basketball for the most part with senior point guard Parker Krause (16 points), forward Claire Mc-Garr (11 points), Taylor Milani (10 points) and forward Josey Wessel (eight points).

The Lady Wildcats were also on the mark with guards Sidney Folsom and Kaylee Moore, who both scored six points. LaGrange Academy took what it could get, and that was Leah Major’s four points, Laney Anderson’s two points and freshman forward Ruthie Kelsey’s two points.