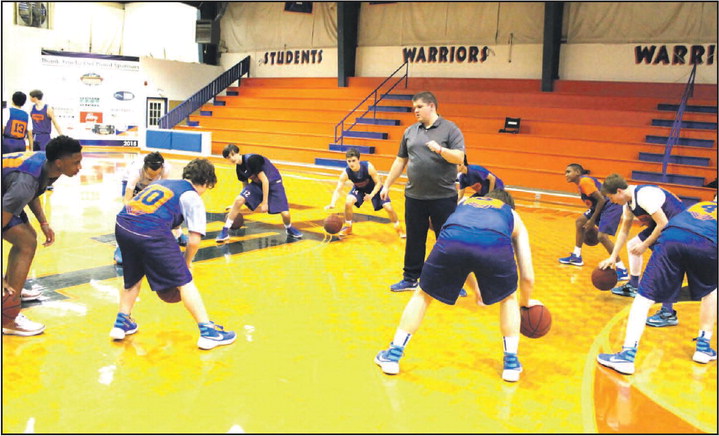 The Warriors stuck to the script.

“We played great defense. We got in their chest. We shut down their shooters, and we got the ball to (Lincoln) Anderson and Whit (Moreman on offense),” said Britt Gaylor, the head coach of the LaGrange Academy boys basketball team.

That was the formula for the Warriors, who flattened Highland Christian Academy, 53-39 in round No. 1 of the Boys State Tournament on Wednesday night, February 24 in Hinesville. The Warriors are on the move, and the Eagles headed back home to Valdosta after the playoff game in the Georgia Independent School Association.

Highland Christian’s roundball season is very much done, and LaGrange Academy was the reason why. The Warriors are 17-8 on the year, and they are in the zone.

“We played our game,” said Anderson, the 6-foot-5 junior forward for the Warriors. “We took care of the ball.”

The Warriors also stole the ball. They got good shots and high percentage looks. LaGrange Academy settled in. The Warriors went to their strength, which is Anderson and the 6-foot-9 Moreman, a senior.

“This was a loser go home kind of situation. We played in rhythm, and our defense stepped up. We like playing the slow tempo, and we worked the ball down low, said Moreman.

In return, the taller Warriors got some layups, some putbacks and some points at the foul line. LaGrange Academy also got the win as the Warriors went ahead 16-8 in the first quarter, 28-19 in the second stanza and 44-29 in the third stanza. In the second and third quarters the Warriors outscored the Eagles by a combined, 28-21.

“We got down to business, and we maintained the lead,” said Gaylor.

Highland Christian outscored the Warriors, 10-9 in the fourth stanza. The Eagles just had too much ground to make up.

The LaGrange Academy boys never got into trouble, thanks to Anderson’s 19 points, Moreman’s 17 points and senior guard Will Trotter’s 13 points.