Deanna “DeeDee” Woodall Owens, age 49, of Fortson, Ga., passed away Sunday, March 27, 2016 at her residence. Memorial services will be held 3:00 p.m. Saturday, April 2, 2016 at the Chapel of Cox Funeral Home in Hamilton. DeeDee was born June 30, 1966 in Columbus, Ga., the daughter of Mitchell Woodall and Sallie Stedham Morris. She was a 1984 graduate of Shaw High School and earned a degree in Radiology from St Francis Hospital in Columbus. After marriage she traveled with her husband, Todd, during his time in the U. S. Navy, and afterwards, they lived in Montgomery, Al., Sebring, Fl., and McDonough, Ga. They returned to the area, settling in Fortson in April, 2015. Since that time she worked as a MRI Technician at Columbus Diagnostic Center. DeeDee was preceded in death by her maternal grandparents, Aubrey and Mae Durden and her paternal grandparents Sam and Thelma Woodall. Survivors include her husband, Todd Owens of Fortson; a daughter, Carlee Owens, and a son, Caleb Owens, both of McDonough, Ga.; her mother and step-father, Sallie and Ben Morris of Tallassee, Al.; her father and step-mother, Mitchell and Nancy Woodall of Easley, S.C.; a brother, Mitch (Amanda) Woodall of Cataula, Ga., and their children Chelsea and Kaitlyn Woodall; a sister, Cindy Robinson (Michael) of Cataula, and their son Clay Plemmons of Jacksonville, Fl.; a step-sister, Tammy Jones of South Carolina; her father-in-law and mother-in-law, Billy Fred Owens and Sandra Owens of Ellerslie, Ga.; two brothers-in-law, Brook (Sonya) Owens of Waverly Hall and their children Cason Owens and Taylor Owens; and Shane (Dee) Owens of Ellerslie and their children Tyler Owens and Meadows Owens; also numerous cousins. Online condolences may be offered at www.coxfh.com.

Cox Funeral Home, Hamilton, Ga., is in charge of arrangements.

Mr. Richard Allen Haralson, age 60, of LaGrange, passed away on March 28, 2016. Mr. Haralson was born on November 12, 1955 in LaGrange to the late Lonnie A. Haralson and Myric Cosper Haralson. He worked at West Georgia Technical College. Richard was a devoted husband and loving father and grandfather. He was widely known in the community for his love of music that began at an early age playing the drums. He was an avid outdoorsman who enjoyed hunting and fishing. Online condolences may be sent to the family at www.higginslagrangechapel.com. In addition to his parents, he was preceded in death by his brother, Lonnie “Pete” Haralson lll. Survivors include his wife, Donna Maharry Haralson; sons, John Richard Haralson (Joanne Angstadt) and Edward Allen Haralson (Olivia Shelton Haralson); brother, Tommy Hugh Haralson (Jan); sisters, Sara Anne Haralson and Sue Ellen Campbell (Bill); sister in law, Theresa Haralson; grandchild, Isabella Marie Haralson; nieces, nephews, extended family and friends. Funeral services were held on Thursday evening, March 31, 2016 at 6:00 pm at the Higgins LaGrange Chapel Funeral Home. Family received friends from 5-6 pm at the funeral home on Thursday. In lieu of flowers, the family has requested donations be made to the LaGrange-Troup County Humane Society in his memory.

Higgins LaGrange Chapel Funeral Home was in charge of the arrangements. 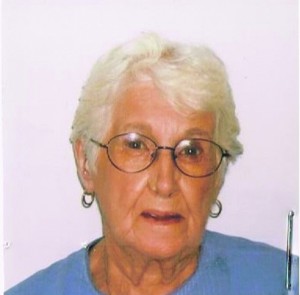 Ms. Norma Mary Sabus, of West Point, GA, formerly a long time resident of Slidell, LA, passed away on March 17, 2016 at West Georgia Hospital in LaGrange, GA. Born December 11, 1926 in Plymouth, MA, to James Joseph Shippen and Mabel Annie O’Neil Shippen, she led a long and healthy life to include careers as a mother, grandmother, great-grandmother and a military spouse. She retired from the Library of Congress in Washington D.C., where she transcribed letters and documents from English to Braille for Presidents, members of Congress and countless Foreign Dignitaries. Norma is preceded in death by her parents and one son, Robert Michael Thiebaud. She is survived by two brothers: James Shippen of Penn Valley, CA; and Donnie Libby unknown; two daughters: Darlene Bailey of West Point, GA; and Cindy Hammerberg of Slidell, LA; three granddaughters: Melissa Reynolds of Round Rock, TX; Tina Hopkins of Monroe, OH, and Andrea Stahl of Round Rock, TX; and nine great grandchildren. A memorial service is scheduled for April 2, 2016 at Higgins LaGrange Chapel Funeral Home in LaGrange, GA. Visitation is at 2:00 p.m. followed by a memorial service at 3:00 p.m. conducted by Reverend Michael Sinyard.

Mrs. Rosie Pearl Boyd, of West Point, GA who Wednesday, March 23, 2016 at West GA Hospice, LaGrange, GA. Mrs. Rosie Pearl Boyd, the daughter of the late Ed Lee Jackson and Mary Jane Truitt was born June 23, 1918 in Troup County, GA. On March 23, 2016, God in his infinite wisdom opened heaven’s gate at West Georgia Hospice and called his faithful servant to be with him. At an early age, “Pearl”, as she was known by many, accepted Christ as her Lord and Savior and united with the New Harmony C.M.E. Church, where she served faithfully as a member of the choir and on the missionary board. Mrs. Boyd received her education in the Troup County Public School System. On August 14, 1940, Pearl was joined in Holy Matrimony to Frank C. Boyd, who preceded her in death. Into this union four children were born. Early in life, Pearl worked domestic jobs. In later years she became employed with West Point Pepperell (Lanett Mill), where she retired with many years of service. She enjoyed cooking and helping those that were in need. Her favorite bible scripture was Psalms 23 and her favorite song was “This Little Light of Mine.” She was preceded in death by a son, four sisters, and three brothers.

W. Lee Mortuary of West Point was in charge of arrangements.

Mr. Robert Lee Walker, of Lanett, AL expired March 24, 2016 at EAMC-Lanier, Valley, AL. Mr. Robert Lee Walker was born to the late Willie and Fannie B. Sherman Walker on April 16, 1928 in Chambers County, Alabama. After He heard the voice of the Lord saying, “Thou good and faithful servant, well done.” He departed this life on Thursday, March 24, 2016 EAMC Lanier, Valley, AL. Robert accepted Christ at an early age and united with Zion Rest Baptist Church, Valley, AL under the leadership of the late P. W. Wallace. He later relocated to Sardis United Methodist Church in Lanett, AL and remained a faithful member until his death. Mr. Walker was a very hard working husband and father and always loved talking about the Word of God to his family and friends. Robert served in the US Army (Korea) for two years, Data Text in Opelika for 30 years and after eight years he retired from the City of West Point, GA as a truck driver. He had several hobbies he loved, he enjoyed working on televisions and radios. Singing was one of his greatest talent, he enjoyed singing with the Dixie Harmonies, Traveling Spiritual and several other Quartet groups. He was preceded in death by one brother, John Willie Walker; one sister, Carrie Newton and one step-son and step-daughter-in-law, Michael and Marilyn Brock. He leaves to cherish his memories; a sweet loving, caring wife, Mattie Walker; one sister, Gwen Walker; one son whom he reared as his own, Henry Charles Walker (Regina), Huguley, AL; a special nephew, Lamar (Bridget) Newton, Valley, AL; five step-daughters, Dorothy (Sylvester), Veronica Brock Bonner and Sue (Terrence), all of Atlanta, GA, Bettye (Tony) Barnes, Lanett, AL and Vanessa (Marvin) James, Columbus, GA; 23 grandchildren; 48 great-grandchildren; 4 great-great-grandchildren; one sister-in-law, Leola Andrews; and a, host of nieces, nephews, other relatives and friends. The Funeral was at Goodsell United Methodist Church at 1:00 PM on Wednesday, March 30, 2016. Burial was in Sardis United Methodist Church Cemetery. Ministers: Rev. Randy Kelley, Pastor, Rev. Tommie Finley, Eulogist, Rev. John Flournoy, Jr., Rev. J.D. Darden, officiated.

M. W. Lee Mortuary of West Point was in charge of the arrangements.