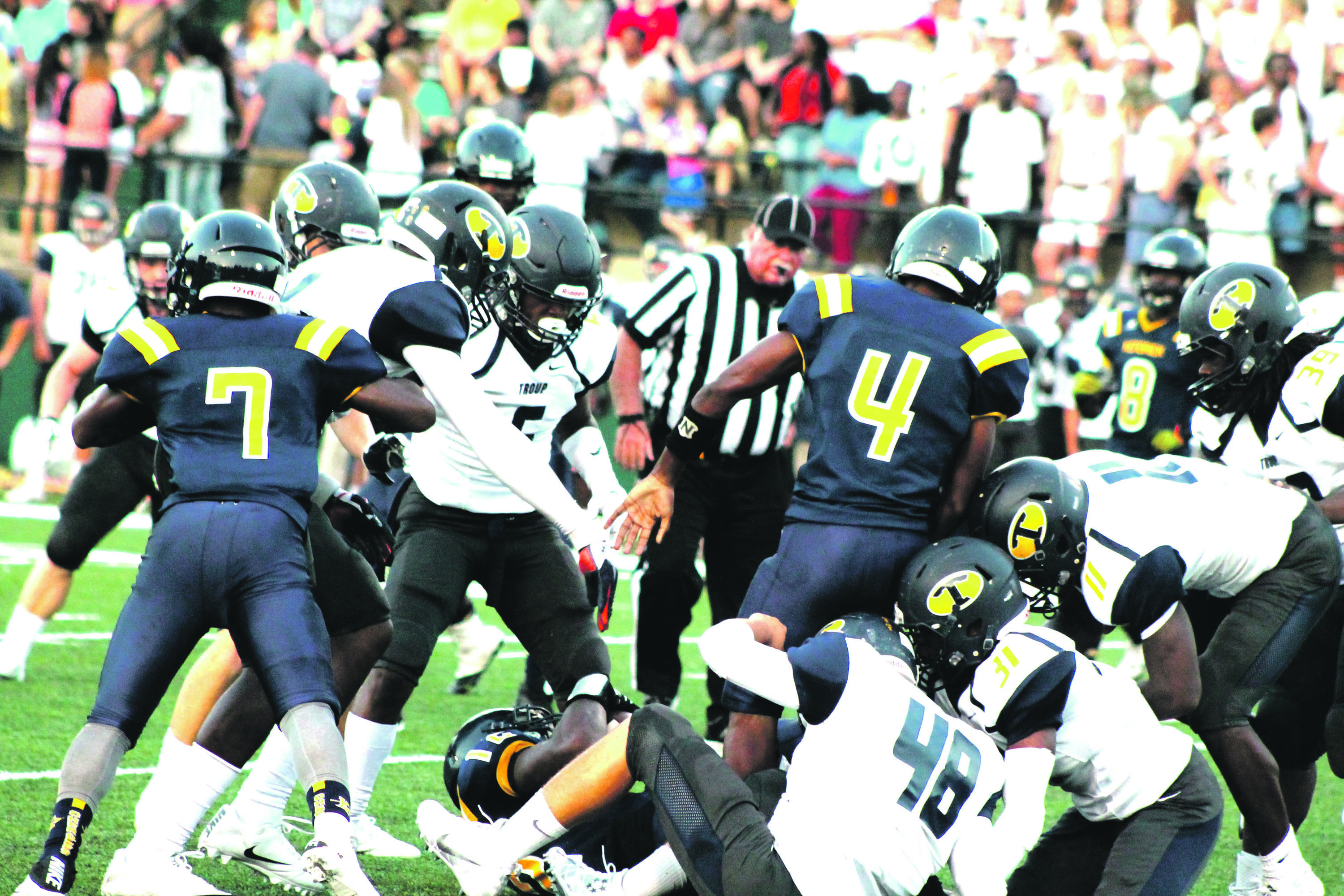 Talking about winning is one thing, but doing it is a totally different ball game.

Since late last season and continuing into 2016, Troup High School has won two of its last three football games. That is significant for the Tigers, who are trying to re-float their ship in Region 5-AAAA.

As of late, Troup is keeping its head above water. The Tigers are also starting to excel. Last Friday night was another step in the right direction for the Troup High football program as the Tigers squashed Columbus Kendrick, 38-12.

“We celebrated hard. We are starting to see the fruits of our labor. We knew we were very close, and we took care of business. The parents were honking their horns on the hill, and I’ve been getting a lot of good e-mails,” said Troup High head football coach Tanner Glisson.

The Tigers aren’t the same 1-9 team that they were one season ago. Troup has expanded its horizons. The Tigers have bigger muscles and more confidence. They are just now starting to learn how to win.

It begins on the practice field, and it tends to follow the Tigers to the kick off on Friday night.

“We’ve made a lot of strides. We’re not just guessing. We are pretty upbeat, and we want to keep progressing,” said Glisson.

The coach is happy, but not satisfied. The Tigers are competitive, but they are not yet a polished team. There is more work to be done for Troup High.

But the Tigers are still headed in the right direction with a 1-1 record. Troup could easily be 2-0, and a winning season is a definite maybe for these Tigers. There are good signs from Troup linebackers Kevin Martin and Jarred Lane, who combined for nine tackles and 14 assists against the Kendrick Cherokees.

The special teams were very special for the Tigers as well. Junior kicker Carson Wreyford converted on a 25-yard field goal. Wreyford was also deadly on kickoffs, putting the ball in the Kendrick end zone six times.

“He’s a weapon,” Glisson said of Wreyford. “He is cool under pressure.”

Troup will try to win its second straight game this Friday night with a matchup against the Bowdon Red Devils. Game time is slated for 7:30 p.m. at Callaway Stadium.