Troup Is Getting Offensive With Crowe, Russell, Hudson 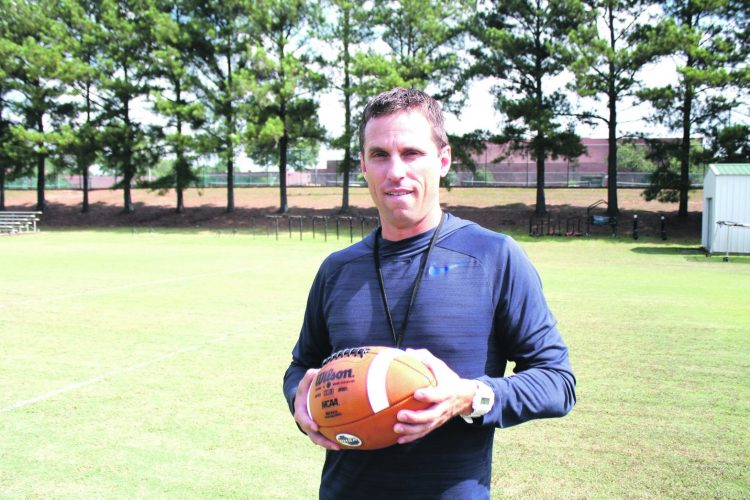 Let it be known from here on out, Troup has some pigskin passion.

The Tigers have some athletes. They have some firepower, and Troup High School does know how to put some points on the board. The Tigers (1-1) don’t have the perfect offense, but Troup has scored 52 points in its first two games of the season.

That generally comes to an average of 26 points per contest for the Tigers. They can live with that for now, and the Tigers do expect to up the totals as the football season goes along.

The Tigers do have some playmakers, the kind that can win football games. In just two outings, Troup junior quarterback Montez Crowe has passed for 421 yards and four touchdowns. Crowe has completed 18 of 42 passes with only two interceptions.

The 6-foot-3, 190-pound Crowe has been off, and on and uncanny at times. He is averaging a total of 10 yards per pass completion. Crowe has long arms, big ideas and a penchant for finding the end zone.

“We’ve had some explosive plays, and Montez has done a tremendous job. He’s a pretty good pocket passer, and he has great arm,” said Tigers assistant coach Paul Brewer.

Crowe is a work in progress, but he is capable of painting a masterpiece. There are some other Michaelangelo’s on this Troup High football team, too. Tiger freshman wide receiver Kobe Hudson is averaging 38 yards per catch this season.

Hudson has four receptions for 152 yards and three touchdowns. Hudson hauled in touchdown catches of 45 and 37 yards, both from Crowe, last Friday night against Columbus Kendrick.

The freshman split end, Hudson, is a special talent for Troup. Hudson can run past defenders, and he does that with regularity.

“Kobe has a lot of wiggle, and he has a knack for getting open,” said Glisson.

Tiger senior running back Camren Russell is giving Troup a tasty offensive sampling, too, with 73 yards rushing on 16 carries and five catches for 118 yards. Russell is averaging a total of 23 yards per catch.

Troup senior split end Ken Truitt has some offensive tools as well. Truitt has snagged three passes for 74 yards and one touchdown.

“When the lights go on we’re finding out what kids can make plays. And we’re just getting started. We’re showing some glimpses (of greatness). There are no guarantees, but we are building some confidence,” said Brewer.

Davis has rushed for 66 yards on 19 carries as well.

“I like the kids that we have. They come to work,” said Brewer.

The Tigers also expect to win every Friday night. Troup is a legitimate football team with high expectations.