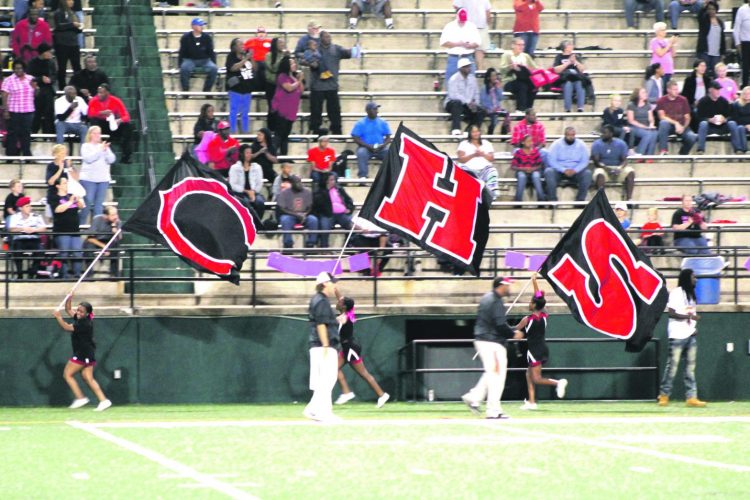 Some teams get it and some teams don’t.

For the upper echelon in Georgia high school football, it’s all about winning. And in the past 12 years, Callaway High School has been doing a lot of winning under the expert tutelage of gridiron taskmaster Pete Wiggins.

He is old school. He is blunt, and he is to the point. The man knows how to build a championship program. Wiggins has done it time after time at the school in Hogansville. The CHS coach is amazing and brilliant.

He is sharp as a thumbtack. He is a player’s coach, and Wiggins is a guy that everybody likes to be around. Wiggins is a winner on the field, off the field and in the classroom setting.

“He cares about his players,” said Michael Freeman, a senior tight end and linebacker for the Cavaliers.

Wiggins had the Cavalier faithful in the palm of his hands.

“I’m surrounded by a lot of great people. I have a good staff, and our players have bought in. We have a tradition (of winning at CHS). A mentality has been instilled. We have a cohesive group,” said Wiggins.

“In the hard times and the good times, we are there for each other,” said Wiggins.

As for this year, Wiggins is winning with players like Dominic Copeland, D.J. Atkins and Freeman. Copeland, a senior cornerback, made the first big play of the night for the Cavaliers as he intercepted a pass deep in Green Wave territory in the first quarter.

A short time later, Atkins, the junior tailback for CHS, scored on a 4-yard run to give the Cavaliers some instant confidence. Callaway took a 6-0 advantage, and it was all downhill from there for the Green Wave.

“We knew Callaway was good. We knew they were big, and we knew we could not have miscues against them. Our miscues killed us,” said coach Pierre Coffey of Columbus Spencer (6-3 overall, 3-1 in the region).

One of the biggest mistakes of the night for the Green Wave was a botched special teams fumble on a kickoff return. The ball rolled into the Spencer endzone, and Callaway recovered for an easy touchdown.

The Cavaliers had a 22-0 lead with 10:19 left in the second quarter. The game was starting to get away from the Green Wave. Callaway High also scored on a Noah Stephens 35-yard field goal in the second period.

Freeman had already thrown a 57-yard touchdown pass to Atkins at the 7:44 mark of the first period. Callaway was up to its old football tricks.

“We jump on teams quick. We have an edge. We come ready to work. We never get complacent, and we were ready to play (against Spencer),” said Freeman.

The Green Wave were already in a 21-point hole at halftime. Spencer was down, 29-8. The only touchdown for the Green Wave in the first half was a 5-yard scoring pass from junior backup quarterback Seth Jordan. Green Wave running back Jaleel Grimes also delivered on a 2-point conversion.

Callaway, however, scored late in the first half on senior quarterback Dylan Johnson’s 2-yard touchdown run and a Noah Stephens PAT. The Cavaliers were well on their way to another regionclinching party. Callaway also won a region football championship last year in Region 5-AAA.

The Cavaliers are in Class AA this season.

“Callaway is disciplined. I could tell that from watching film on them. I knew this was going to be a physical game,” said Grimes.

The Cavaliers would score yet again on a Johnson 14yard touchdown run in the fourth quarter. Spencer’s only touchdown in the second half came on a Khalil Thomas 8yard scoring pass to Grimes with 2:01 left in the third period.

That made it a 29-14 game, but still in favor of the Cavaliers. Callaway finished the game with 199 yards and nine first downs. Columbus Spencer had some gaudy numbers with 322 yards and 11 first downs.

Thomas, the senior quarterback for Spencer, was 16for-28 passing for 263 yards. Spencer won the statistical battle. Callaway High won the game and the region championship.

Atkins, the junior tailback, was methodical and effective for the Cavaliers. Atkins, a 5-foot-9, 160-pound slasher, rushed for 89 yards on 19 carries.