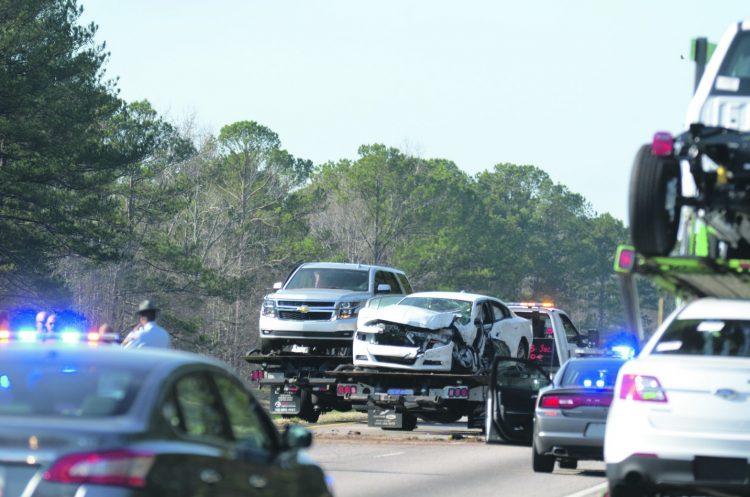 Around 10 am on Thursday morning, February 2, a chase ended in an accident on Interstate 85 with three taken into custody. The Hogansville Police Department were in pursuit of a vehicle suspected to be carrying drugs. The Troup County Sheriff’s Deputies deployed spike strips on I-85 near the Whitesville Road exit. The vehicle lost control and struck a deputy’s cruiser. One deputy was taken to the hospital, but was said be fine.

More details to come as made available.