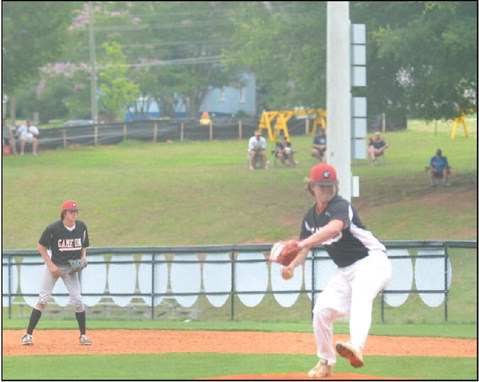 A well-structured and organized youth sports program can provide many benefits and positive experiences for young athletes. When done correctly and with the athlete’s well-being in mind, organized sports can play an important role in a young person’s life.

Following the close of the school year, roughly 270 baseball players between the ages of 15 and 18 suited up for spring training this past week and took the field as part of the Game On training program.

Game On is a travel baseball/ softball program that was originally founded in Macon, Georgia. Shannon Snyder, former LaGrange High School baseball player who is passionate about working with young athletes and helping them reach their fullest potential, established a Game On league in LaGrange approximately three years ago.

The focus of Game On is developing the players and helping them get to the next level and the program has consistently achieved these goals. In 2017 there were 68 graduating seniors from the baseball program and 63 of these young athletes signed with colleges. There are well over 300 programs like Game On nationally and the La-Grange baseball league is ranked in the top 20 in all upper age groups (ages 15 – 18). This past year, Game On finished third in the World Wood-Bat Association Championship.

One of the keys to the success of the players and the program is the caliber of coaches. The coaching staff consists of former Major League Baseball(MLB) players, MLB local scouts, former college coaches, high school coaches and former/current college players. According to one of the more senior coaches, Donnie Branch “Knowledge of the game is important, but even more important for a Game On coach is his/her ability to work with the kids – to teach and develop an athlete.”

The coaches are able to assess the abilities of the individual players and help develop them to the level of play that will take them to the right college/team. Thus, they are able to properly match players who want to play for a college team with the team that best fits their level of play.

Another distinguishing factor of this program is how closely it works with the individual athlete’s schools and coaches. Oftentimes that is not the case with the private leagues. However, Shannon’s program is designed to ensure the overall success of the young athlete and this means his/her performance on their high school team. Thus, Game On school team. Thus, Game On ensures the safety of the athlete and prevents any overuse.

When watching the spring training this past week we were able to speak to one of the parents of a player who has been in the program for the past two years and comes to LaGrange from Tuscaloosa, Alabama. This parent said that “in addition to seeing the improvement in his son’s skills, this program has taught him to better respect the game, the rules and the other players.”

While May starts the primary playing season for the upper age baseball players, Game On also has programs designed for girl’s softball and younger baseball that take place during different times of the year. Game On is proud of all of their programs. The younger baseball league was just formed to enhance the development of the 8 to 13 year olds. Girl’s softball has shared in the national rankings and just took home a national title recently at the end of their season.

You can catch the pictures of the games as well as game schedules from the league’s Facebook page which is Game On Training LaGrange.