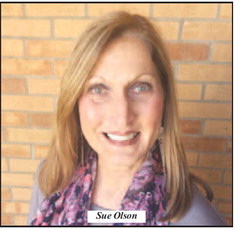 The second annual Mardi Gras parade is scheduled for this upcoming Saturday night, February 3rd, with the wheels up and rolling at around 7 pm. Just like last year, the event will be action packed and fun for the entire family. With the parade just a few days away, the Krewe of Mask have officially named their Grand Marshall for this year’s parade. Sue Olson has worked for the city of LaGrange for over 20 years now and is truly someone who makes the city thrive as well as it does. The following is information on Sue and all of her accomplishments:

“Ms. Sue Olson is the backbone of City Hall and one of our community’s unsung heroes. Serving as the Executive Assistant in the City Manager’s office, Olson juggles an array of important duties that include cheerfully fielding calls from the community to organizing thousands of city proclamations.

Sue is a LaGrange native. She was born and raised here and graduated from LaGrange High School in 1974.

She began working for the City of LaGrange more than twenty years ago in January 1995. Through the years, City workers quickly realized if you don’t know the answer, ask Sue!

She worked under one of her personal heroes, the late LaGrange City Manager Tom Hall. Hall was well-respected and known for being one of the best city managers in the region.

Olson says she learned so much about service working for Hall, “I believe customer service to the citizens of our community should be a top priority.”

If you’ve ever needed to reserve the downtown Square, showmobile, or wanted to contact the Mayor, City Manager, or a City Council member – you probably talked to Sue. She’s been the go-to person for more than two decades.

Olson also helps wherever she is needed at City Hall including assisting with utility bills and claims against the city.

Sue has two children, Jennifer (Akshay) and Matt (Patricia), and one beautiful granddaughter, Asha, and they are all avid UGA fans. She also attends Baptist Tabernacle Church.

Sue is honored to be the Grand Marshall of the 2018 Mardis Gras Parade in La-Grange.”