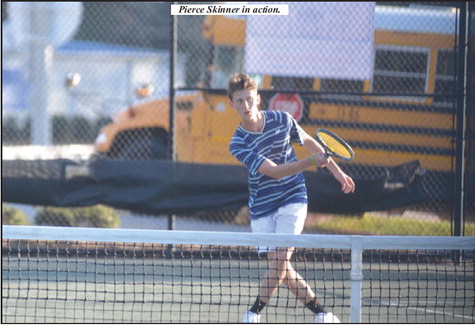 The stars in the sky weren’t the only ones shining Friday. As the sun began to set over Granger Park, the LaGrange boys and girls tennis teams were still marching their way to an undefeated record at the 2018 LaGrange Invitational.

The tournament started under head coach Kenny Moore twenty-seven years ago and is currently one of the largest tennis tournaments in the state.

Featuring thirty-two schools and sixty-four teams from across Georgia, the La-Grange Invitational is divided into five brackets for both the boys and girls teams. The Granger boys and girls tennis teams both competed in Division II of the tournament.

The LaGrange boys team swept the division, winning two rounds of tournament play each by a score of 4-1. Facing Campbell in round one, LaGrange was represented by Jackson Kuerzi (6-4, 6-4), Pierce Skinner (6-4, 6-4), and Jinseong Jun (6-3, 6-4) in singles. Youngha Cho and Baker Skinner suffered the only loss of the round, falling to Campbell 7-5 in two sets. James Lee and Albert Kim won their match 6-1, 6-2.