Rolling in the Bass 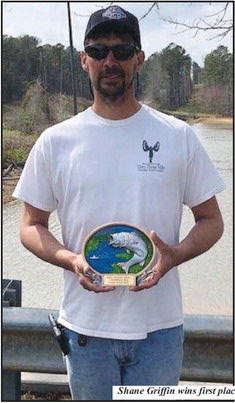 The Reel 30 Bass Trail tournament continued Sunday, March 25th at Lake Wedowee. With great weather came a great turnout and a lot of fishing fun. Some of the Southeast’s greatest fishermen came, bringing their best with them.

The competition was healthy, and the participants were true sportsmen.

The biggest bass caught at the tournament weighed in at 7.2 lbs. Shane Griffin caught this monster bass.

James Palmer also caught a good bass that weighed in at 5.66 lbs, and Tim McGill caught a healthy 5.55-lb fish.

By the end of the tournament, more than two hundred fish had been weighed in.

The results of the tournament were impressive.

Reel 30 Bass Trail would out their standings on their official Facebook page.

The author of this article can be reached at [email protected] troupcountynews. net