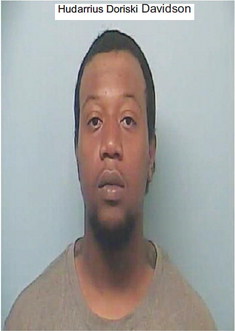 LaGrange Police have arrested a local man for Burglary after he allegedly made up a Robbery to cover for leaving his gun at an earlier crime scene.

Saturday afternoon about 4:35 p.m., officers with the LaGrange Police Department responded to East Crovat Street in reference to a recovered handgun.

Police arrived and spoke to the complainant, who stated he observed two males pull up to a nearby residence in a white vehicle. The complainant stated he knew the residence was vacant, so he became suspicious when the two subjects went behind the house for a few minutes before driving away.

After the subjects left, he walked over to the house to check on it and discovered that a window air conditioning unit had been pushed into the house. The complainant stated he also located a black and silver Smith and Wesson 9mm handgun behind the house while investigating the incident.

The owner of the property later arrived and allowed police inside to find that the suspects appeared to have disconnected and stolen a water heater from inside the residence.

The witness stated the subjects must have put the water heater in the trunk of the car because he didn’t see it when they drove off. Later police received reports from Hudarrious Davison, who called 911 to report that his gun was stolen during an Armed Robbery.

Davison reported to police that an unknown black male snatched a silver and black Smith and Wesson handgun, matching the gun that had been found at the previous burglary scene. Davison claimed the assailant, whose face he never saw, snatched the gun out of the front seat of his vehicle and put the gun to his head. Thinking that the gun that Davison was reporting stolen was the same handgun that was located at the burglary scene, officers asked him if they could look into the trunk of the white Nissan he was driving. Davison then opened the trunk and police discovered the carpet in the trunk was soaking wet, seeming to indicate the water heater had just been in the trunk.

As a result of the subsequent investigation, Davidson was arrested for allegedly stealing the hot water heater and reporting the fake robbery to cover his tracks.

Davidson, age 21, was arrested and transported to the Troup County Sheriff’s Office where he was booked into the jail charged with Burglary and False Report of a Crime.