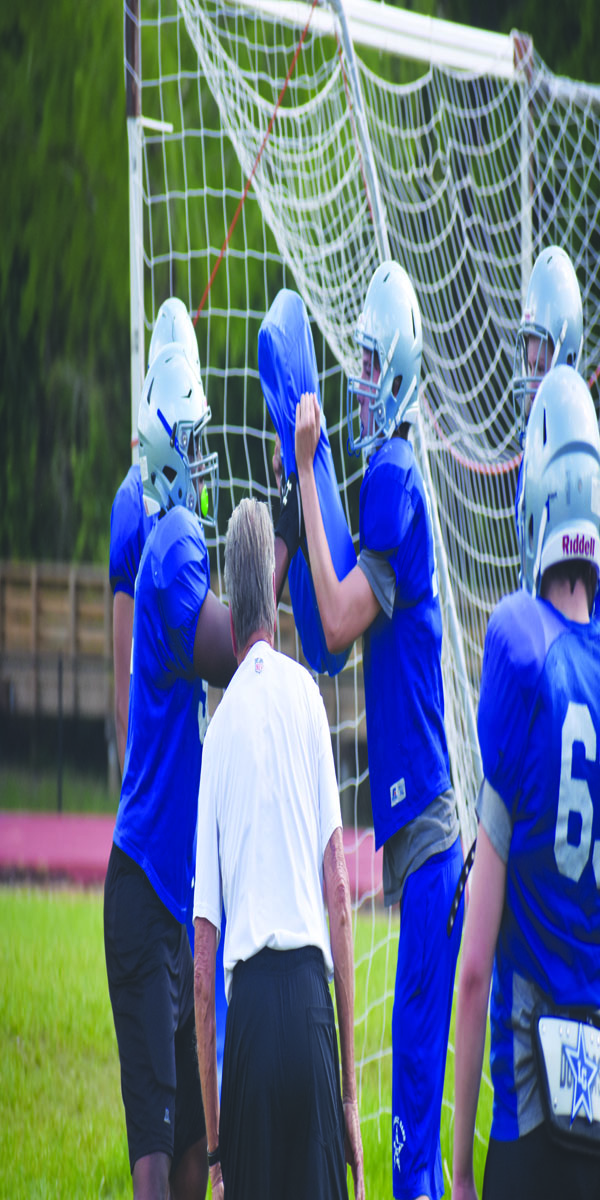 The start to football season begins August 9th-10th when all schools have their preseason scrimmage. The regular season will not begin until August 17th for the Grangers and August 24 for Callaway and Troup.

The upcoming season proves to be an important one for each high school, most notably for the Grangers.

LaGrange, coming off a winless season last fall, has new hope with Coach Chuck Gibbs who, in his first game, broke the Grangers’ season-long losing streak with a tie against Manchester in the spring scrimmage.

It’s still too early to tell just how far the Grangers will go this year, but their fourteen-point tie earlier this year has already shown a marked improvement. The Grangers averaged just 4.4 points a game last season, failing to score more than one touchdown in all but their final game against Chapel Hill.

Gibbs, son of NFL legend Alex Gibbs, looks to change the culture of the Granger football team and bring honor back to the storied program. The Grangers will kick off their season against Kendrick High School in their next scrimmage on Friday, August 10th at Callaway Stadium. The game will measure just how far the Grangers have come this offseason before they face off against traditional powerhouse Heard County.

Troup High seeks to continue the program’s recent dominance and has the talent to do so. Troup’s Kobe Hudson committed to Auburn earlier in the off season, joining an elite club of players on the team who have committed to Division I schools.

Since Head Coach Tanner Glisson took over the program in 2015, the Tigers have righted ship and become one of the stronger teams in the county.

They will also enjoy a unique opportunity by attending the Atlanta Falcons’ training camp later this week. A group of twentyfour seniors from the Tiger squad will travel to the Falcon’s training camp Tuesday.

It’s a special opportunity for a Troup team that made it to the second round of the state playoffs last season before losing a close game to St. Pioux.

Now the Tigers are looking to bounce back as they aim for another title win.

The season, however, got off to a lukewarm start as the Tigers tied against Newnan in their May scrimmage. Their preseason game against Northside Columbus on August 9th will test the Tigers’ progress this summer.

The Cavaliers of Callaway High have become, arguably, the county’s dominant program in recent years under Head Coach Pete Wiggins. Looking to replace seventeen standout seniors, the Cavaliers are coming off back-to-back state championship playoff appearances and show no signs of slowing down. Callaway traveled to Alabama for their spring scrimmage in May and decimated a strong Montgomery Catholic team 330.

Callaway offensive guard Keiondre Jones also made a recent verbal commitment to the Auburn Tigers where he intends to play after graduating as part of the Callaway Class of 2019.

The Tigers and Cavaliers are on a collision course this season and will face off against each other September 14th. The match will be a clash of local titans, as both Troup and Callaway look to claim the title of the county’s best.

With talent across the board, the three Troup County high schools are shaping up for an exciting season of football.