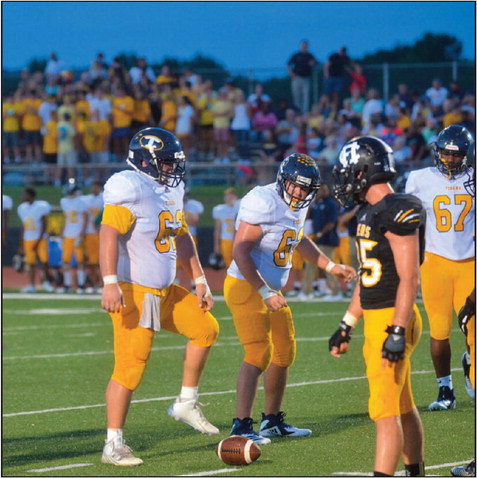 The Troup High Tigers travel to Sandy Creek tonight for their second region game of the season.

Troup beat Chapel Hill 56-24 last week to open their region schedule with a dominant win, and the Tigers will likely do more of the same on the road in Sandy Creek tonight.

Hudson has been helped by a handful of talented receivers, with three Tiger wide receivers having almost or over 300 yards receiving this season.

Troup has also fielded a fierce defense that allows only 12.8 yards per game.

The Tigers, who are currently ranked third (second in some polls) in their region, should have no problems pulling off another win to improve to 6-0 tonight.

According to a Maxpreps.com playoff prediction algorithm, the Tigers are currently the second-most-likely team to come away with the state playoff title this year.  Troup has wins over two top-ten region 4AAAA teams in Ridgeland and Chapel Hill and trails only Blessed Trinity.