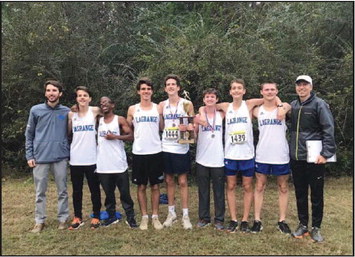 It was a big day for the Grangers as they competed in the Region 5-AAAA cross country tournament in Douglasville on Thursday. For the boys, they looked to maintain their first-place ranking and take home back-to-back region championship titles. The girls, on the other hand, looked to stave off a third-place finish.

Shane Pulliam, the La-Grange boys soccer coach, congratulated the team online, noting that many of the runners also played on his soccer team.

“Our soccer players running away with a region championship,” Pulliam said in his post.

The girls team also had a strong finish, trailing only Chapel Hill in the region tournament. It’s a big accomplishment for the team, as they managed to beat out Cartersville for second place in region.