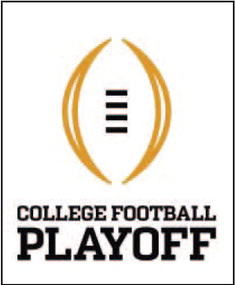 It was a relatively quiet, but important, week of football last Saturday with both Auburn and Alabama having a week off. Both teams  have a tough game coming up next week, as the Tigers face off against Texas A&M and the Tide faces off against #4 LSU.

The Tigers will have the benefit of playing at home as they take on #25 Texas A&M Saturday at noon. Auburn, a team that began the season ranked in the top ten, fell out of the rankings with an embarrassing loss to Tennessee two weeks ago. It was the Vols first SEC win in two years, and it left the Tigers fighting with Arkansas for the title of the worst team in the SEC.

It’s a fall that has puzzled many, as the Tigers have the talent to be a top contender in the SEC West. A loss to LSU earlier in the season, however, sent the Tigers on a downward spiral from which they haven’t recovered.

The Tigers will need a win against Texas A&M to become relevant again this season. And though they have the talent to do it, it will be a tough match, with Aggies Coach Jimbo Fisher and Auburn Coach Gus Malzahn having a rivalry that dates back to the 2014 BCS National Championship—where Fisher’s Seminoles defeated the Tigers in the final seconds of the game to end a glorious first year for Malzahn.

The Bulldogs were back in business Saturday as they took down a top-ten Florida team. Georgia looked strong in their rebound following their 36-16 loss to LSU the week prior. The Bulldogs stuck with quarterback Jake Fromm, a commitment that seemed to give the Georgia veteran confidence in the game. Moving forward, the Bulldogs will need to rely on Fromm’s strong passing game. A win against Kentucky Saturday will secure a spot in the SEC Championship for the Bulldogs.

The Tide has the toughest game this week, in a top-five matchup against the LSU Tigers.

And it still probably won’t be close.

The Tide is winning games by an average of 39 points a game, and despite having a stout defense, the Tigers will probably become the next prey for the mighty Tide. Critics of Alabama’s weak strength of schedule suggest that LSU may pull off the upset, but for now it seems the difference between the Tide and everyone else is too much to overcome.

Despite LSU quarterback Joe Burrow being the best quarterback the Tigers have had in a while, he is currently managing only a little over a 50% pass completion. And though the Tide defense isn’t as strong as in years past, they are still among the top in the country and look to give the Tigers fits.

It’s true that Alabama’s Tua Tagaovailoa hasn’t faced much competition this year, but it’s worth remembering his second-half dismantling of the Bulldogs in the national title game last year. The dynamite sophomore quarterback—who is on track to win Heisman after putting up record quarterback numbers this season—needed only two quarters and a little overtime to overcome the Tide’s deficit to Georgia and bring home the national title to Alabama.

The Tigers have one of the best secondaries in the country, however, and it will be an interesting matchup come Saturday. In order to pull off the upset, the Tigers will have to do something no one has yet to do—shut down Tua Tagovailoa. They will also need for Burrow to have his best game of the season.

And while it’s possible they may fall Saturday, should the Tide emerge undefeated, they will solidify their playoff chances this season.