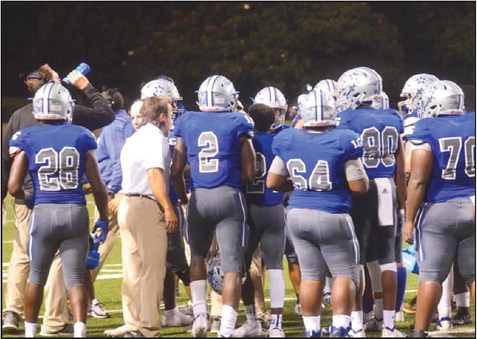 The 1-8 Grangers are going for their second win of the season against Shaw this Friday in their homecoming game. It’s been a tough year for LaGrange, as they attempted to rebound under new head coach Chuck Gibbs following a winless season last year.

Despite having only one win on the season, the Grangers have made some improvements this year— most notably on the defensive side of the ball. However, their offensive issues from last season have continued to plague them this year, with the Grangers’ season-high score coming against Troup earlier this month. So far, it’s been the only game in which they have scored at least two touchdowns.

LaGrange has a chance to flip the script Friday, however, against a losing 3-6 Shaw team. The Grangers certainly have the defense to keep the Raiders off the board, but they will have to find some offensive life to improve to two wins.

Granger fans should look to quarterback Charles Crawford and wide receiver Jordan Ogletree to pull out the win for LaGrange. The two connected for two touchdown passes against Troup on October 12 and helped La-Grange move seventy-five yards in their best drive of the season just one week later.

LaGrange is currently nursing wounds from a 373 loss to Chapel Hill last week, but with their final chance to improve their season on the line—in front of their fans on homecoming night at that hope to see the Grangers to get a much-needed victory.