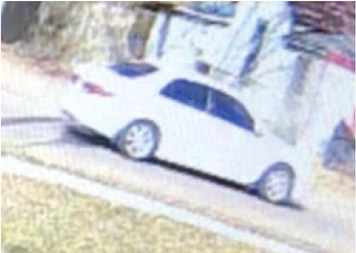 LaGrange Police are investigating an incident where a young man was shot and killed over the weekend on Troup Street.

Sunday afternoon about 2:53 p.m., officers with the LaGrange Police responded to the intersection of Troup and Jenkins Street in reference to reports of gunshots being fired in the area.

When officers arrived they were directed to the 800 block of Troup Street where they found a male victim with an apparent gunshot wound to the chest. The victim was immediately transported to the WellStar West Georgia Medical center where he succumbed to injuries sustained during the incident.

Police have identified the victim as 18-year-old Niko Hurston, of LaGrange.

Police say Hurston had been walking in the area of Troup and Jenkins Street with two other individuals prior to the shooting incident.

Witnesses described the shooter as a black male with a medium complexion and build. He was reportedly about 5 feet 7 inches to 5 feet 11 inches tall.

The suspect was last seen wearing dark clothing and was said to have arrived and fled the incident scene in a white four-door car.

Information leading to the arrest of wanted suspects is often eligible for a cash reward.