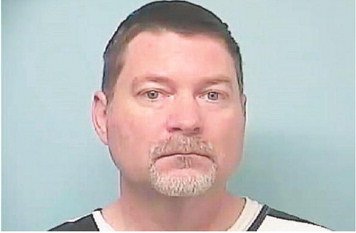 Earlier this month, a Troup County man pled guilty to multiple counts of child molestation that occurred over a period of 15 years.

On December 11, Vincent Wayne Sievert pled guilty to a single count of Incest, two counts of Aggravated Child Molestation, and four counts of Child Molestation as a result of a negotiated plea agreement with the Coweta Circuit District Attorney’s Office.

According to Assistant District Attorney Drew Case, Sievert engaged in sexual intercourse and oral sodomy with his oldest daughter between December 2000 and May 2004. The defendant engaged in these acts on separate occasions when the victim was six to nine years old, instructing his daughter not to tell anyone.

On another occasion, between March 2004 and March 2006, the defendant victimized another child when his daughter had a friend over to their house and he touched her inappropriately.

On yet another occasion, about a decade later, between May 2014 and May 2015, Sievert victimized his other daughter by inappropriately touching her chest. The daughter was playing in her room when Sievert came into her room, molested her, and instructed her not to tell anyone.

Authorities were not aware of these acts until March 2017 when an outcry was made and law enforcement immediately began a thorough and complete investigation.

As a result of the negotiated plea agreement, Superior Court Judge W. Travis Sakrison sentenced Sievert to a total of 50 years —20 of which will be served in prison— for all seven counts.

District Attorney’s Office says they are pleased with the sentence and grateful that the victim’s finally received the justice they deserved.

“ADA Drew Case did an outstanding job preparing this case for trial. Drew was ready for trial on two occasions prior to the December 10 trial week during which the defendant finally pled guilty. Like many cases, this defendant only decided to take responsibility and plead guilty once the case was called for trial,” said Cranford. “It is Drew’s hard work on top of the thorough law enforcement investigation that allowed for justice to be done in the case without putting the victim through a trial.”