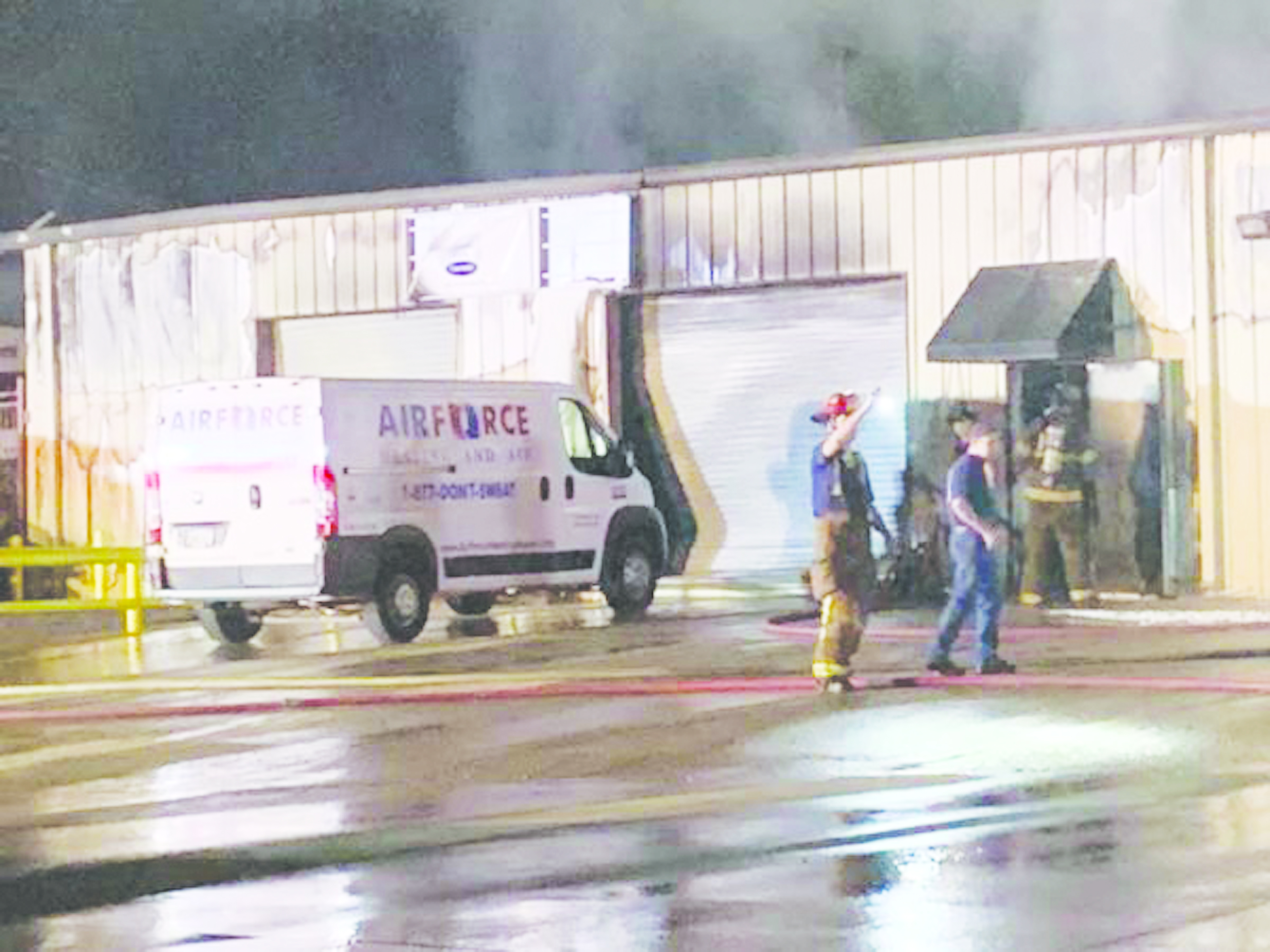 Airforce Heating & Air Suffered a major loss overnight Monday after their Corporate Park location was mostly consumed in a fire.

Troup County and La-Grange Fire Department fire fighters responded to reports of the fire around 3:37 a.m. Tuesday morning. A 911 caller reported smoke coming from the area. Sheriff’s Deputies were the first to arrive and they found visible flames coming from the structure.

A total of 27 firefighters responded to the scene and eventually got the fire under control, but not before much of the business was destroyed.

No injuries were reported from the incident.

Troup County Fire Chief Dennis Knight advised they are still investigating the fire and its cause not been determined.

Owner Dan Blalock was notified shortly after the fire was discovered. He said via the Airforce Heating & Air Facebook page that the fire “devastated our entire infrastructure. It has been declared a total loss.”

Fortunately, a lot of the businesses’ tools and equipment is stored in their trucks, so they were able to continue without missing a beat. Records for the business were also backed up prior to the fire.

The company has established a temporary location to work out of at 1107 B Mooty Bridge Road in the former Special Arrangements by Jane Rogers building across from Striffler Hamby Funeral Home. The company is still considering plans for a more permanent location.