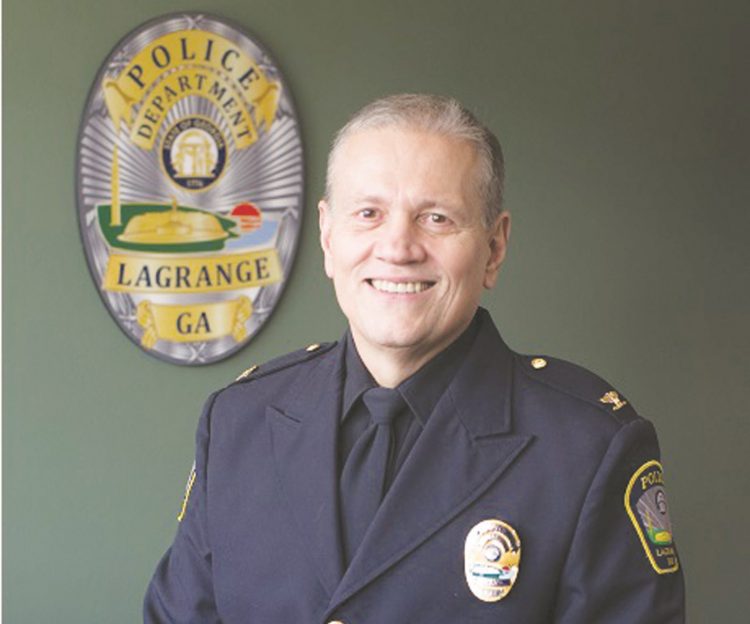 Louis M. Dekmar, Chief of Police for the LaGrange Police Department for 25 years, will be the featured speaker at LaGrange College’s 188th annual commencement ceremony at 8:30 a.m. May 18 on the Residential Quad.

Dekmar has served as a federal monitor for the U.S. Department of Justice, civil rights division. He is an international presenter for police leaders and elected officials on a range of topics involving leadership, ethics, law enforcement management and liability issues, and has provided numerous training programs to police chiefs, elected officials and other law enforcement personnel in more than 20 states and several countries. In 2014, he addressed the United Nations Police in Oslo, Norway, on the topic of international law enforcement standards.

He is past-president of the International Association of Chiefs of Police and past president and chair of the Commission on Accreditation for Law Enforcement Agencies, having served in that role five of his 10 years on the commission. He is past president of the Georgia Association of Chiefs of Police and a member of the National Organization of Black Law Enforcement Executives. In 2004, he was selected as the delegation leader for the Georgia International Law Enforcement Exchange that traveled to Israel for a two-week training exchange with the Israel National Police. He currently serves on the board for GILEE.

A native of Oregon, Dekmar is a graduate of the FBI National Academy and FBI Law Enforcement Executive Development Seminar. He holds a bachelor’s degree in administration of justice from the University of Wyoming and a master’s degree in public administration from Georgia College and State University. He is also an adjunct professor for several colleges and institutions.

In 2019, Dekmar received the National Council for Behavioral Health’s Visionary Leadership award for an international initiative involving police response to mental illness. Other honors include an honorary doctorate degree in 2018 from Central Police University, Taipei, Taiwan, and the National Constables and Marshalls Association’s “Service Above and Beyond” Award. In 2017, he was presented the ADL-Kay Family Award at the Kennedy Center for the Performing Arts, Prosecutor’s “Headlight Award” for racial trust building, NOBLE Robert Lamb Humanitarian Award and the Troup County NAACP Leadership Award.

He also received the 2014 CALEA Egon Bittner Award, 2009 Georgia Governor’s Award for Lifetime Achievement and Contribution to the Law Enforcement Profession, 2005 LaGrange College Servant-Leadership Award, 1997 Georgia Outstanding Police Chief of the Year and the Police Valor Medal for Bravery in 1978.

Dekmar is married to Carmen Dekmar and they have two children, Chris and Cathy.

Dr. Schroeder graduated from the Wharton School of Finance at the University of Pennsylvania with a concentration in marketing and healthcare administration. He earned master’s degrees in business administration and divinity from the dual degree program in business and theology at Emory University.

During his doctoral work at United Theological Seminary, he completed three books – “Using the Five Senses to Tell God’s Story: Children’s Sermons for the New Common Lectionary – Years A, B & C.” He is also co-author of “The Stewardship Journey, “The Capacity for More” and “More than Just One Neighbor,” based on the parable of the Good Samaritan. His most recent book, “Small Church Check-up,” with co-author Kay Kotan was published last year.

He has taught religious leadership and administration, evangelism and preaching at the Candler School of Theology as well as with the North Georgia Conference’s New Church Leadership Academy. He has also taught in the leadership track at Wesley Seminary in its Doctor of Ministry Program. His previous appointments include Connectional Ministries, Grayson UMC, Peachtree Road UMC, Gainesville First UMC, Stark UMC and Lowell UMC.

He and his wife, Elizabeth, have been married more than 32 years and have three children, Daniel, Kathryn ’08 and Paul.