Woodson, Troup National No. 1 are Working Toward District Showdown 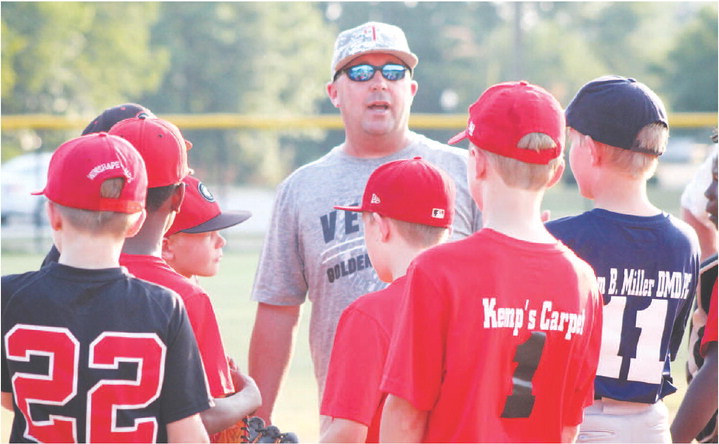 It’s that time of the year when the days are longer, the temperature is hotter and youth baseball is reaching its absolute peak.

Just ask Kaleb Woodson, the first baseman and pitcher for the Troup National No. 1 All-Stars. They are melting under the June heat in anticipation of the Dixie Youth District Baseball Tournament, which is on deck and slated for later this month in Thomaston.

Woodson and the Troup National 9 and 10 year olds will go there with ample ammunition to win and advance in the double-elimination tournament.

“We have good hitters, and we have a lot of pitchers that throw strikes. We have a good team, and we are playing with effort (in practice),” said Woodson.

Blake Miller is also on the baseball hop with his Troup National No. 1 teammates. Miller is first baseman and an outfielder. He is also a deserving allstar, but more than that Miller just wants to win in Thomaston on June 21-22.

The Troup National All-Stars have some intangibles, they believe.

And so does Troup National No. 1 head coach Jason Willis. He knows what is going to be required of his baseball team in the district showdown.

“We need to take the bulldog mentality. We need to make the routine plays. We are going to stay positive. We are trying to create a family atmosphere,” said Willis.

Nolan Haines is a potential big game postseason player for Willis and the Troup National No. 1 All-Stars. They are interested in winning games and playing with integrity. Haines is all in.

“We can throw and catch. We go out and have fun. We’re a good team that displays sportsmanship,” said Haines.

Troup National No. 1 is also a team that plays full tilt and will do no less in Thomaston for the district tournament. Chase Mosley is an all-star with lots of game and no doubts.

Mosley is a 10-year-old talent for the Troup National All-Stars. Mosley can play shortstop or catcher. He will likely also pitch for the all-stars in Thomaston.

He just wants to kick up some dirt and advance to the Dixie Youth State Tournament. Mosley thinks Troup National No. 1 can do that.

“We hit good. We’re going to have fun, and we can’t make errors,” said Mosley.