Auburn is in a Quarterback Quandry, Redshirt Freshman Gatewood Likely to Start

The Jarrett Stidham experiment is over.

Auburn’s former starting quarterback has packed his bags for the NFL and the New England Patriots after passing for 2,421 yards and 13 touchdowns last season. With Stidham’s departure, Auburn has no quarterbacks who have ever started a college game.

The Tigers are in quandary. They still have talent behind center, but what Auburn doesn’t have is experience. Only one of the Tigers top three signal callers threw a pass last season.

Only Auburn junior Malik Willis has seen any game action for the Tigers. Willis, a 6-foot-1, 193pound quarterback from Atlanta, completed four of six passes for 19 yards for the Tigers last fall. Willis will go into preseason drills this summer as the No. 3 quarterback on the Auburn depth chart.

Redshirt freshman Joey Gatewood is currently the starter for the Tigers. He is a 6-foot-5, 237-pound dual threat quarterback out of St. Augustine, Fla. He is a gifted runner and an improving passer. Gatewood looks at home in the Tiger offense, but he is being pushed for the starting job by Auburn freshman Bo Nix, the five-star player and All-American from Pinson Valley High School in Alabama.

He led his team to a pair of state championships while racking up more than 12,000 all-purpose yards and 161 touchdowns in his prep career. Nix is the fan favorite among the Auburn football faithful.

The 6-foot-1, 207pound dual threat super star is the son of former Auburn quarterback Patrick Nix. As of now, Bo Nix is the backup quarterback on the Tiger depth chart. He took part in spring drills at Auburn and played well.

Either Gatewood, Nix or Willis could begin the season as the Tigers starting quarterback. But Gatewood is ahead in that battle right now.

Whomever the Auburn first-team quarterback is, he will have plenty of playmakers to work with. Good hands and breakaway speed aren’t hard to come by for the Tigers with redshirt freshman wide receiver Matthew Hill, and sophomore pass catchers Shedrick Jackson (6-foot-1, 198 pounds), Seth Williams and Anthony Schwartz.

Last season, Schwartz pulled down 19 passes for 307 yards and two touchdowns. Williams has some game time as well, having caught 24 passes for 479 yards and five touchdowns last year.

In the 2018 season, Auburn got 777 yards and four touchdowns from Whitlow. He is a bowling ball of a tailback.

Now if the Tigers can only find a quarterback – a starting one. Auburn will get the season going with an Aug. 31 game against the Oregon Ducks in Arlington, Texas. That nonconference tussle will kick off at 6:30 p.m. in AT& T Stadium. 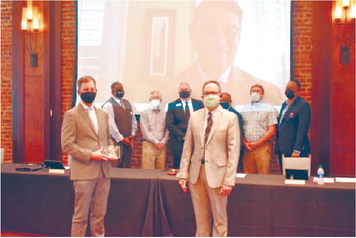 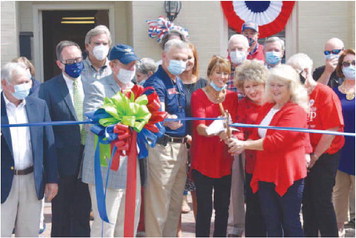