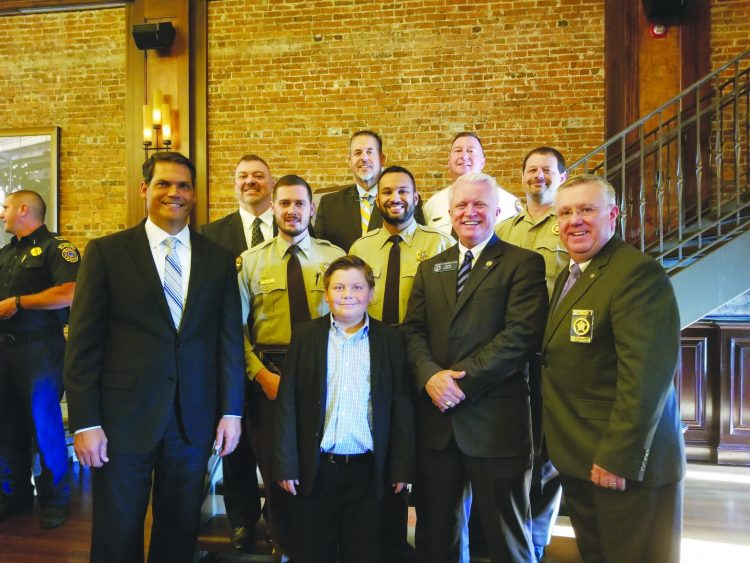 On Tuesday, the Chamber had its monthly breakfast, but it was not the normal breakfast. This time, they met together to honor those that serve in the community that have performed acts of valor in the past year.

Newly appointed Markette Baker, along with many Solicitors were there as well. They all work hand in hand together to help keep safety and order to the community. It is a group effort from the responders on up to the Governor that helps makes this community so great.

Sheriff Woodruff, and Chief Dekmar were on hand to show support for not only some of their offers that were given Valor Awards, but also the other heroes in the first responder field that perform heroic acts every day.

These Valor Awards announced by Dale Jackson were given to servants in the community for various different acts of heroics. The nominations for these awards were made by frontline supervisors. An independent selection panel of civilians reviewed the nominations and determined the winners. The men and women that received these awards, along with their brothers and sisters in the field, give of themselves everyday to protect, to serve, and to lend a hand to others in the community that they serve.

Thank you first responders, for all that you do to help keep LaGrange safe, healthy, and thriving.