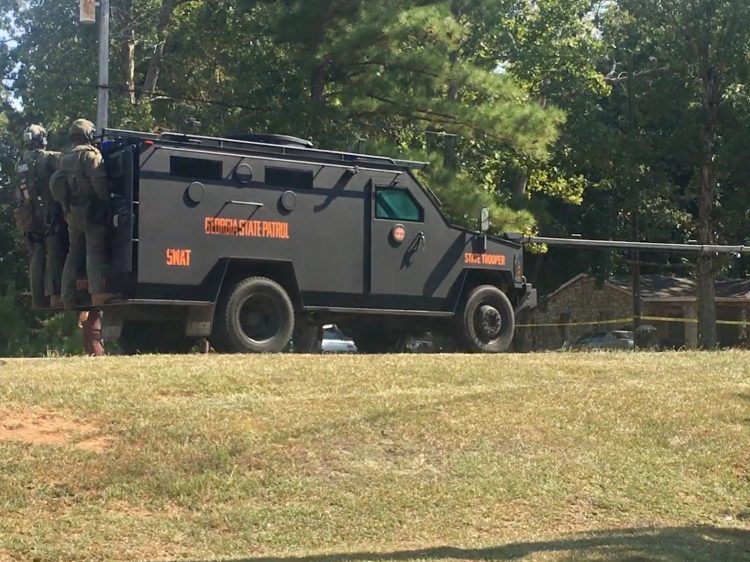 Wednesday morning, just before 10 a.m., Investigators with the Troup County Sheriff’s Office responded to the WellStar West Georgia Medical Center in reference to subject who had been shot.

Investigators made contact with the 25-year-old victim at the Emergency Room and he advised that he had been shot by Craig Allen, and that the shooting took place at 3055 West Point Road.

Sheriff’s Investigators then surrounded the West Point Road residence and called for assistance from the Georgia State Patrol.

Investigators say they initially received what was believed to be reliable information that Allen was in the home. They say he communicated with individuals outside the home indicating that he was aware that law enforcement was at the residence. All information at the time indicated that Allen was in the home, so the Georgia State Patrol SWAT team was contacted to execute a warrant at the location and forcibly enter the residence.

After breaching the home, SWAT teams confirmed Craig Allen was in fact not in the residence. Investigators currently believe Allen fled the location in a vehicle prior to law enforcement arrival.

The Troup County Sheriff’s Office advised that Allen used a handgun to shoot the victim, which they have not recovered, so he should be considered dangerous.

If anyone has any information on the location of Craig Allen, please call 911. Anonymous tips can also be left with the Troup County Crime Stoppers at 706-812-1000.

Sgt. Stewart Smith of the Troup County Sheriff’s Office advised that the incident that lead to the shooting is still under active investigation.

The victim suffered a non-life-threatening gunshot wound to the leg, but was subsequently transferred to Grady Memorial Hospital in Atlanta.

The Troup County Sheriff’s Office would like to thank all of the additional law enforcement officers who responded to the scene to assist in this incident.