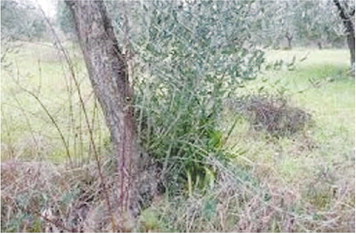 The Advent season is upon us. The term “advent” is a version of the Latin word meaning “coming.” Advent is observed in the Christian world as a time of Hope, Preparation, Joy, and Love as we celebrate three “comings” of Christ: in the flesh in Bethlehem, in our hearts daily, and in glory at the end of time. This Sunday we look at the Hope of Isaiah.

There will be no gloom for those who were in anguish. In the former time he brought into contempt the land of Zebulun and the land of Naphtali, but in the latter time he will make glorious the way of the sea, the land beyond the Jordan, Galilee of the nations. The people who walked in darkeness have seen a great light; those who lived in a land of deep darkness – on them light has shined. (Isaiah 9:1-2) For a child has been born for us, a son given to us; authority rests upon his shoulders; and he is named Wonderful Counselor, Mighty God, Everlasting Father, Prince of Peace. (Isaiah 9:6) The main road system of antiquity, The Way of the Sea, came north down the Jordan and followed the northern shore of the Sea of Galilee. This “International super highway” that connected the main continents – the Fertile Crescent, Mesopotamia, with Egypt – went right through the land of only two of the twelve Old Testament tribes – Zebulun and Naphtali. Those tribes saw more darkness, bloodshed, cruelty, and inhumanity than any other two tribes. Along that highway through those two tribes went the Assyrians, the Babylonians, and the Egyptians. As they went, they destroyed the lands along the highway.

The enemy armies tailgated each other. It was considered the natural prerogative of the strong to wipe out the weak. When Isaiah 9 was written, the cities were being wiped off the map. When Isaiah is thinking of a good sermon illustration, he thinks about whom of the twelve tribes most deserves a great light. Who has seen the most darkness? Zebulun and Naphtali have seen more darkness. Matthew’s Gospel did not let this go unnoticed. In Matthew 4:1216, when Jesus moved from Nazareth to Capernaum, we are told that Capernaum is in the territory of Naphtali and Nazareth is in the territory of Zebulun.

Now when Jesus heard that John had. been arrested, he withdrew to Galilee. He left Nazareth and made his home in Capernaum by the sea, in the territory of Zebulun and Naphtali, so that what had been spoken through the prophet Isaiah might be fulfilled: ‘Land of Zebulun, land of Naphtali; on the road by the sea, across the Jordan, Galilee of the Gentiles – the people who sat in darkness have seen a great light, and for those who sat in the region and shadow of death, light has dawned.’

No two areas on earth have witnessed more of Jesus’; presence than the town he grew up in, Nazareth, and the place he most ministered, this shore along which that international highway went including the towns of Magdala, Gennesaret, Capernaum, Chorazin and Bethsaida – all of which were in Naphtali. These little villages witnessed the great light. Jesus held them more accountable and he warned the three towns where he spent the most time. ‘If you have been given more light, you are more accountable.’ It was an awesome thing to have shared the light, and you have to share it with those who have not seen it. ‘Choseness’ in scripture did not mean ‘privilege.’ It always meant ‘responsibility.” To have received the light means that you have an awesome responsibility to share that light.

The word ‘nzr’ refers to an offshoot from an olive tree. Unfortunately, it has been translated in many Bibles as ‘branch of Jesse.’ This is probably because we have the concept of ‘family tree’ in our language. We talk about branches of a family tree. In the following text from Isaiah, the word ‘shoot’ should be ‘offshoot.’ Jesse was the ancestor of David and Samuel went to Jesse’s house to look for a son to anoint. Isaiah 11 tells us that one-day a Davidic offshoot will come.

A shoot shall come out from the stump of Jesse, and a branch shall grow out of his roots. The spirit of wisdom and understanding, the spirit of counsel and might, the spirit of knowledge and the fear of the Lord. His delight shall be in the fear of the Lord. He shall not judge by what his eyes see, or decide by what his ears hear; but with righteousness he shall judge the poor, and decide with equity for the meek of the earth; he shall strike the earth with the rod of his mouth, and with the breath of his lips he shall kill the wicked. (Isaiah 11:1-4) The word rod is an interesting play on words. The olive tree is a symbol of endurance in the Bible. It can survive where other trees do not survive. It is one of the most amazing tees in the world. Offshoots from the olive tree occur around the base of the trunk. That is what Isaiah’s hope is. Right where the roots begin coming out of the trunk is where they all come up. Often times you will guard one of the offshoots and protect it until it gets bigger. Isaiah saw that all of the towns of Zebulun and Naphtali were ‘trunk stubs.’ They had been cut off and appeared to be dead. This prophet of great faith had hope in the offshoots.