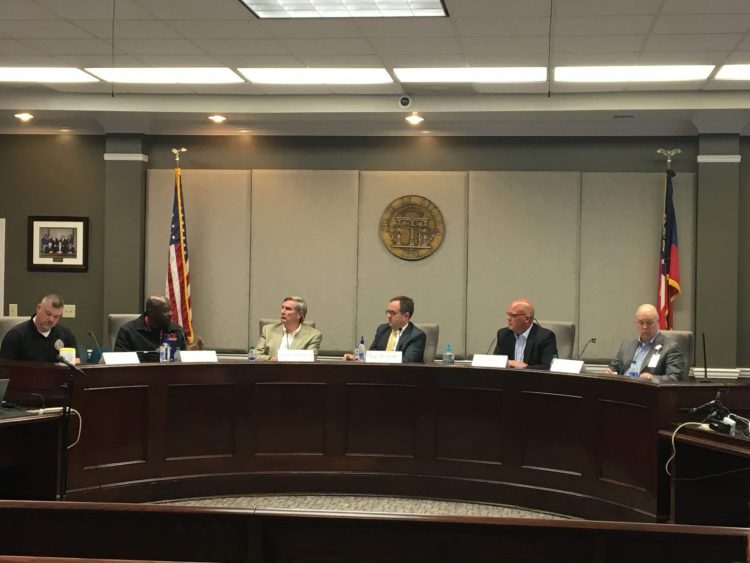 As many people are beginning to settle into the reality of the COVID-19 pandemic, local leaders held a web conference to help calm some fears a remind everyone that national, state, and local officials are working together to help keep people safe.

Mayor Thornton began by reminding everyone that local officials are doing everything they can to protect the citizens of LaGrange, and Troup County and the surrounding community. He also reminded everyone that the City of LaGrange is still open for business. Garbage trucks are still running and utility and road departments are still working.

Thornton also tried to ease some concerns that about paying for utilities. Some are worried that their utilities might be cut off due to being unable to work and having no money coming in. Thornton advised that the city will not disconnect utilities until the corona virus public health emergency is over. Those are essential services, he said. He also noted that doesn’t mean those services are free. The meters will still be running, but he noted that they will work with people to pay bills once the crisis is over.

Thornton noted that he doesn’t have the power to prohibit such events, but he encourage following that advice. He also noted that the recent declaration of public health emergency gives Governor Brian Kemp a broad range of powers, so he could do so if necessary. Events on city property will be cancelled.

Dr. Olugbenga Obasanjo, director of Public Health District 4, also tried to ease some concerns over the perceived lack of testing for the virus.

Dr. Obasanjo began by explaining that most of what’s being done isn’t to benefit younger people. In most cases, even if they get infected, they likely not know they have the virus or only have mild symptoms. The reason we are being asked to socially distance is to protect the elderly, who have a higher risk from the disease with a much higher mortality rate.

Dr. Obasanjo noted that for most folks they believe may have been exposed to the virus they are simply asking them to self-quarantine. For cases where individuals are confirmed to have the virus, their known contacts will be informed and also quarantined, so there is no need to test them.

‘When we identify a known contact of a confirmed case, there is no need to test that individual,” he said. ‘So as for their contacts, all we need to do is socially isolate them and watch them for 14 days.’

Dr. Obasanjo said that if a person does test positive for COVID-19, they would be considered disease- free seven days after the infection was identified or three days after their last symptoms.

Obasanjo also explained that they aren’t going to be able to eliminate all transmissions of the disease. They are simply trying to reduce the rate of new cases and “flatten the curve,’ so that hospitals are not overwhelmed. Flattening the curve means reducing the number of new cases and spreading the transfer over time, which will lessen the impact on hospitals.

School Superintendent Brian Shumate said during the broadcast that schools were planning on reopening in two weeks, but noted that could change. The governor forced a change in those plans on Monday night when he ordered schools closed through March 31, adding two days to the closure.

The lunches will be handed out from 11 a.m. to noon while the schools remain closed. The lunches delivered by bus are expected to arrive between 10 a.m. to 11:30 a.m.

For a full schedule of stops and pickup locations, see page 3, or visit www.troup.k12.ga.us.

Online visitation will still be available and the Sheriff’s Office is negotiating with the service provider for a reduced rate due to the public health emergency. Inmate telephone and email services will remain unaffected.