Crappie Fishing is Smoking Hot, Jordan is Catching 90 a Day 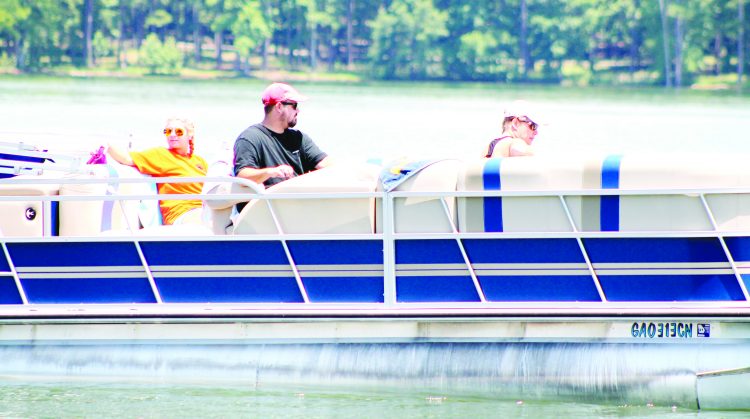 Welcome to the dog days of summer.

It is hot and uncomfortable out there. Shade is hard to find, but the fishing is still pretty good on West Point Lake.

James Jordan would know about that. He’s a seasoned fishing guide on the lake.

He catches, and he counts his fish. Lately, Jordan and his fishing customers have been catching an average of 90 crappie per day on West Point Lake. Most of the catches are one-pounders or close to it.

“We are fishing down deep on the tree structures. We are moving around, but the crappie are coming in fast. Some of my customers are catching them at the same time,” said Jordan, the Newnan fishing guide.

Jordan and his customers are fishing from 10 to 14 feet deep. The anglers are catching the crappie at a steady pace. They are fishing with live minnows.

“Some people troll for them, but you are going to find them in the timber. The crappie fishing is great, and it will be until November. Some people fish at night for them from the bridges,” said Jordan.

West Point Lake is as good as anywhere to catch some head-snapping, tail-wagging crappie. They can be caught shallow, but so many of them are hooked in the deeper water.

“This lake has a good (fish) population and habitat. You can always find the crappie in pretty good numbers. This has been a real good year,” said Jordan.

The summer months have been especially kind to the crappie fishermen on the lake. There has seldom been an off day.

“It has been excellent, and this is one of the best areas (on West Point Lake). You need to get started early in the morning, but the crappie fishing is good throughout the day,” said Jordan.

A regular fishing rod is not used on Jordan’s boat. He uses something vastly different.

“We use the long crappie rods and bobbers,” said Jordan.

As for the bass fishing, it is not nearly as good as the crappie angling, as of now. The bass are lethargic because of the hot summer conditions.

“The hybrid and striper fishing has slowed down. It should pick up in a few weeks.  But some people are catching some largemouth. The fishermen are getting them on the beds in the morning,” said Jordan.

Many of the largemouth are caught at a depth of 12 feet or less. The largemouth bass are in the three-pound range. Some two-pound spotted bass are also being taken with crankbait and plastic worms on West Point Lake.