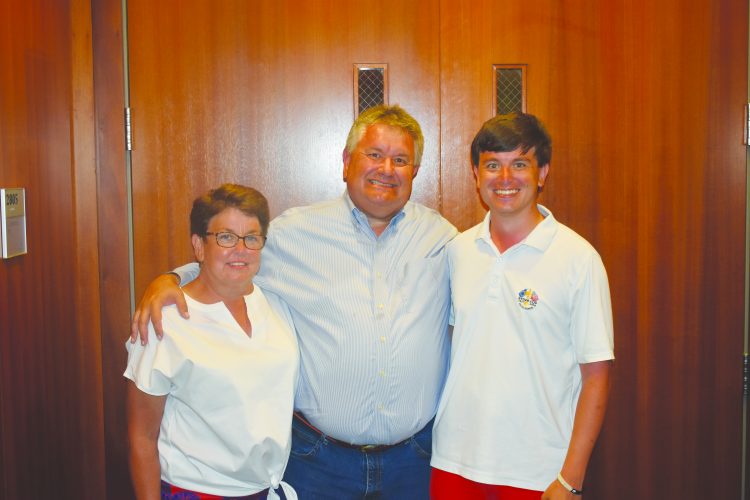 It was an overtime matchup.

But as the final votes were counted, it became clear that the race wasn’t as close as some may have believed. An excited Wesley Leonard, joined by his wife and son, sat, stood, and paced waiting on the final results.

They showed a decisive victory. Leonard, who received a concession call just minutes before the final results trickled in, secured the victory with 60.25% of the vote, for a total count of 3,116. Lovejoy finished with 39.75% of the votes, for a total of 2,056.

Following his victory, an elated Leonard thanked his family, fellow lawyers, and judges he had practiced with.

“Thank you to all my fellow lawyers,” he said. “I want to thank the many judges I’ve practiced before and my wife and son for their hard work.”

Leonard then offered a special thank you to his wife.

“One very knowledgeable politician in town told me not to expect my wife to go step-for-step— they can’t do it. But mine did. I think we’ve grown closer as a family, and I’m indebted to them for it.” Leonard’s son, Ryan, also offered praise for his mother, complimenting her poise and confident attitude throughout the election.

For his part, Leonard didn’t let his win distract him from business.