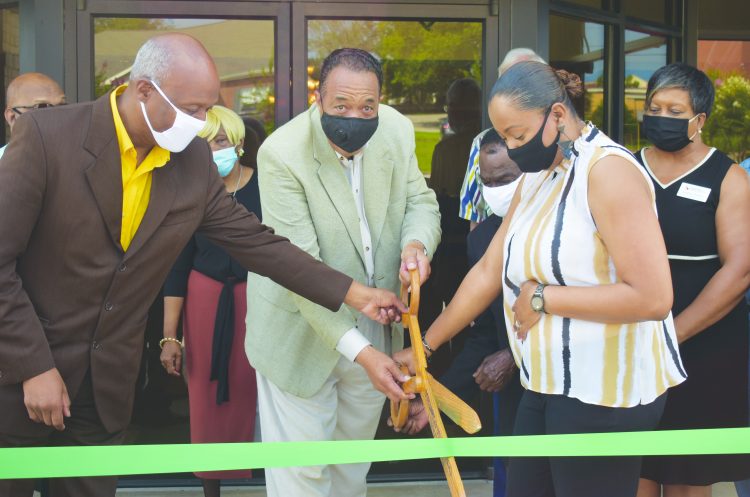 The LaGrange-Troup County Chamber of Commerce hosted a ribbon cutting on Tuesday morning for the new home of Lakes-Dunson-Robertson Funeral Home.

Edmondson had planned to rebuild across Hamilton Road, but plans fell through and the funeral home ended up moving to the location once occupied by Higgins Funeral home, which also recently took over Hunter-Allen-Myhand on Hill Street.

Edmondson noted that the transition to the new facility was bittersweet, noting they would have preferred to remain at their previous home of 60 years.

“It was bitter that we had to get put out to come over here, but it was sweet that we had somewhere to go,” he said. “We really owe it all to the Good Lord. We thank God for all that He has done.”

Edmondson also thanked the community and everyone who worked hard to make the transition happen.

Lakes-Dunson-Robertson began in the 1900s, then known as Potts and Potts.  Mack Potts later partnered with Scott Lakes to form Potts and Lakes Funeral Home. In 1952, James S. Dunson became a partner and the name was changed to Lakes and Dunson. Glenn Robertson was later added in 1958 as a final partner, changing the funeral home to its current name, Lakes-Dunson-Robertson.

Edmondson became the owner of the funeral home in 2002 and continued to operate the business under the same name.