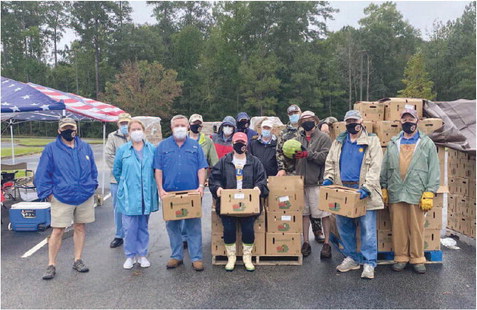 Lions Club representatives, including Sheriff James Woodruff, noted that a line of vehicles was already waiting for them when the event started at 11:00 a.m. at Shuford Fields.

“The U.S. Department of Agriculture, when COVID hit and farmers were having to leave crops on the field because they couldn’t get them to market, started buying stuff and contracting to distributors like Collins Brothers— who brought us this,” he said.

“We’re just trying to get the produce to the people who could use it,” he added.

“It’s a win-win for everybody,” he said. “The produce doesn’t go to waste and is given to people in need—and we get a chance to do what we love in serving our community.”

Wednesday’s giveaway marks the second one this year for the Lions Club. Only this time, they had to brave rainy weather from 11 a.m. to 5 p.m. in doing so. Decked out in rain gear, and standing opposite two patriotic American flag tents, members of the LaGrange Lions Club donated 2,000 boxes of fresh produce.

The Lions Club has a strong history of charitable work in LaGrange and proves to be one of the most active charitable organizations in the area. The organization has contributed more than $237,000 back into the local community since 2013, according to a statement by the Lions Club. 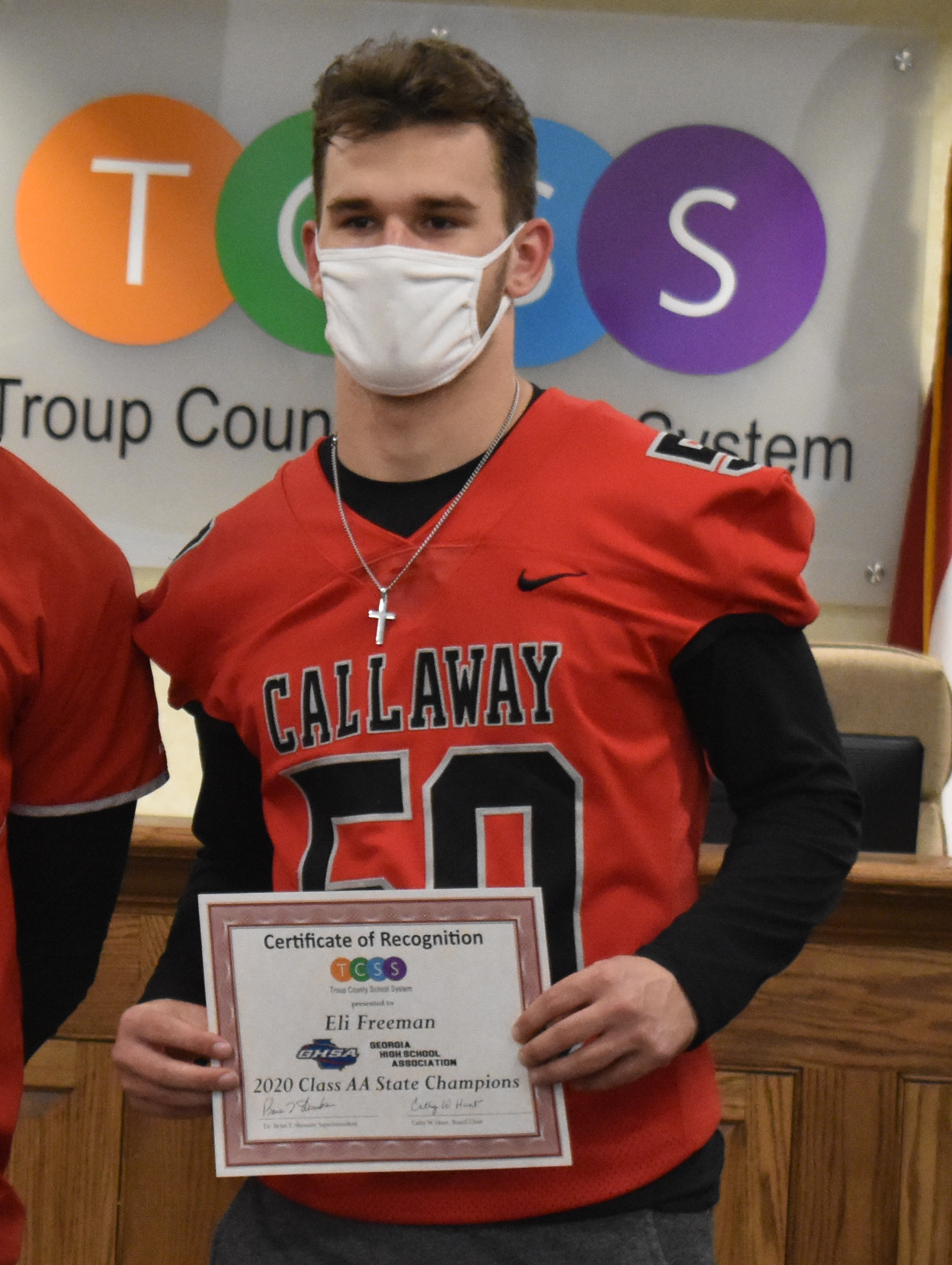 Tommy Murphy Staff Writer Police are investigating an incident where a woman was ambushed and robbed outside a LaGrange apartment. LaGrange Police were called to investigate the incident around 9:15 p.m. Wednesday night in the Tall Pines Apartment complex on Turner Street. When officers made contact with the female victim, she stated that an unknown male holding a handgun had attempted... 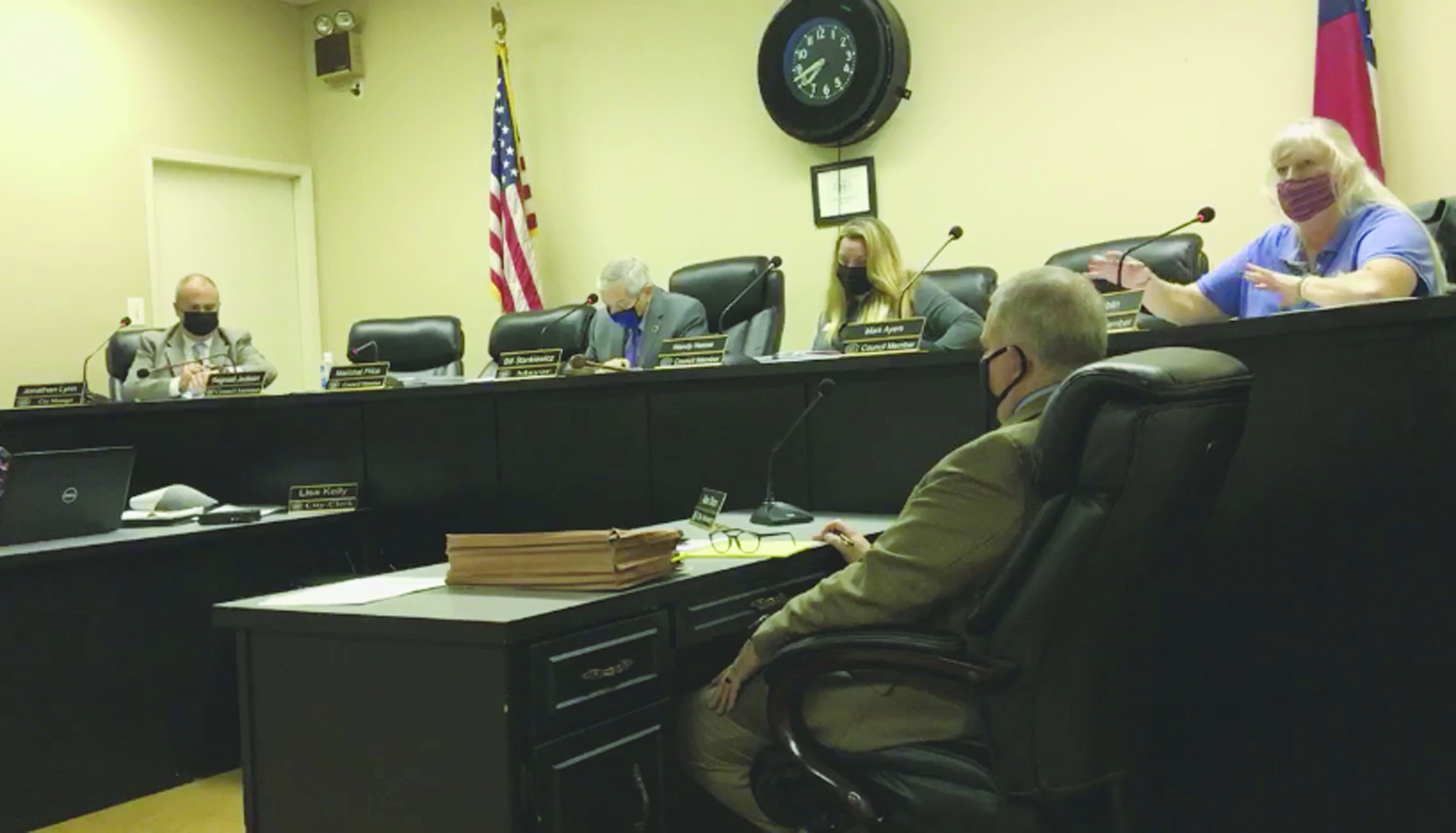 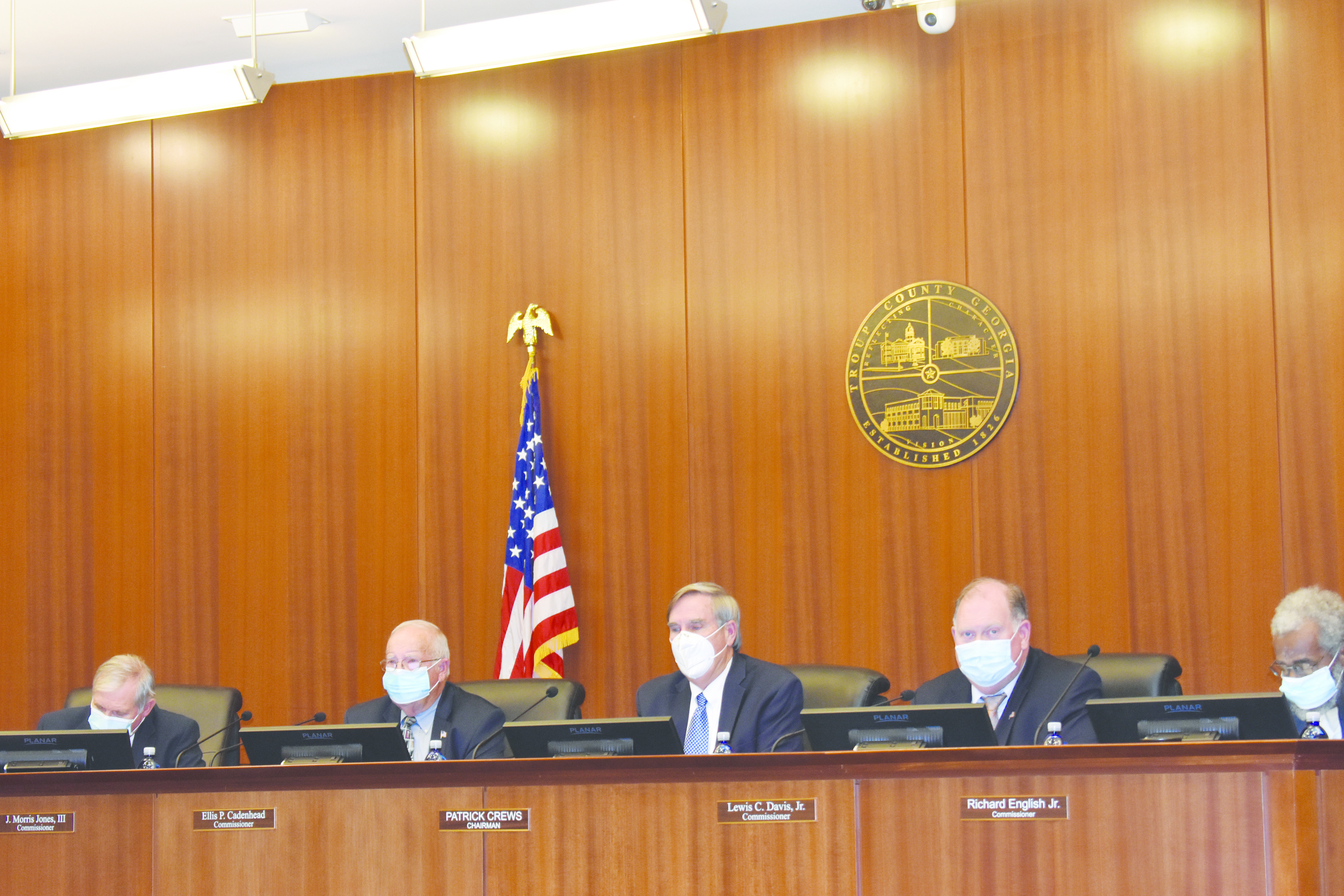 Troup County Recommends Changes to the Board of Elections

The Troup County Board of Commissioners voted unanimously at its meeting last night to approve the...