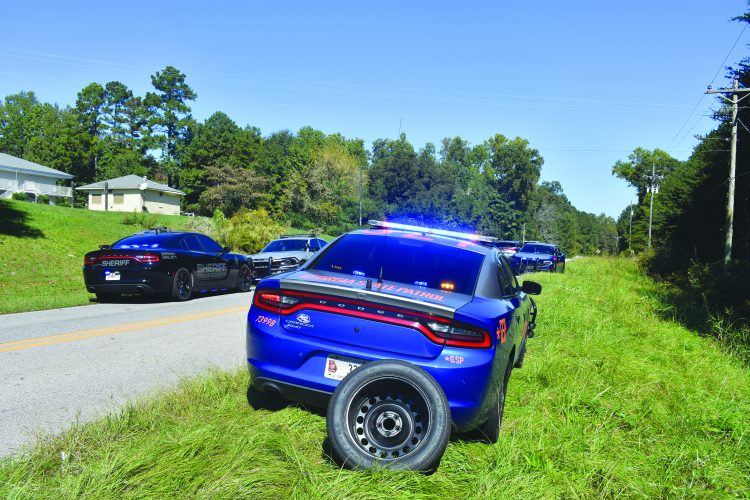 A Troup County Sheriff’s Deputy and a narcotics suspect were injured during an accident outside the Motel 6 on Lafayette Parkway while executing a search warrant Wednesday morning.

Two deputies and a suspect were accidentally struck by a vehicle being driven by an undercover narcotics agent after the suspect attempted to escape.

Deputies say they were attempting to place the suspect, Emanuel Boyd, in a patrol vehicle and had placed him in handcuffs when he broke free and fled on foot down a hill toward Patillo Road. Deputies were able to catch up with Boyd in a ditch along Patillo Road and were trying to get him under control when an unmarked sheriff’s office vehicle attempted to assist. When the unmarked vehicle attempted to stop in the wet grass, it began to slide and struck two deputies and the suspect.

The suspect and one of the deputies suffered minor injuries as a result of the accidental collision, and they were taken to the WellStar West Georgia Medical Center for treatment.

The collision is currently being investigated by the Georgia State Patrol.

Deputies say that the motel has recently become a hotspot for illegal narcotics sales.

If anyone has any information on this incident or any other illegal narcotics distribution in Troup County, please contact the Troup County Sheriff’s Office at 706-883-1616. Anonymous tips can also be provided to the Troup County Crime Stoppers at 706-812-1000.