Tank Bigsby Honored as SEC Player of the Week 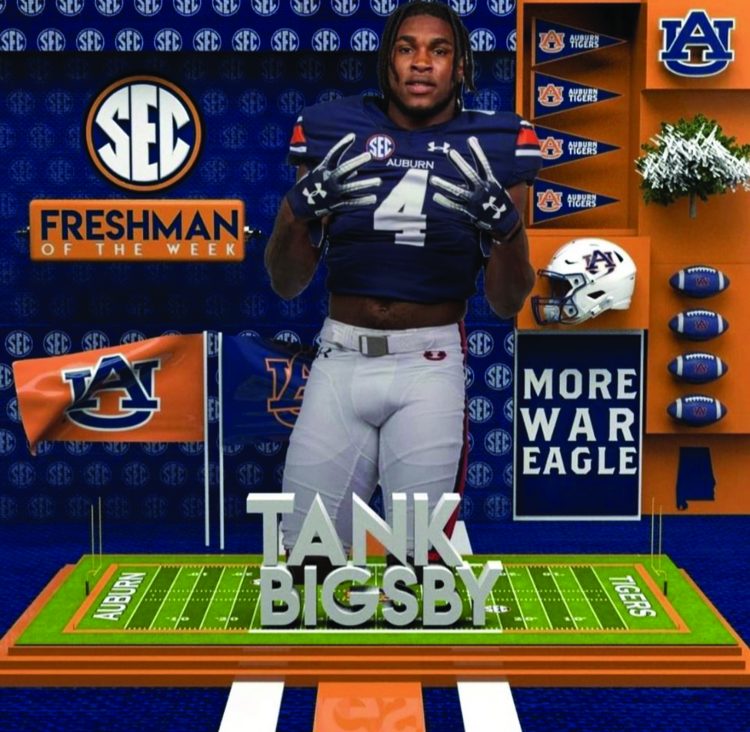 The SEC recognized Bigsby as the Freshman of the Week after the former Cavalier amassed 129 yards and two touchdowns on just 24 carries to catapult the Tigers to a 35-28 victory. Though only a freshman, Bigsby has become an integral part to the Auburn offense. Saturday’s game was the third straight in which Bigsby rushed for more than 100 yards. The breakout Auburn star currently has 432 yards and 3 touchdowns on 74 carries for the season.

The Troup County Sheriff’s Office praised Bigsby on Facebook Monday for his honor.

“Congratulations to former Callaway High School standout Tank Bigsby who was chosen as the SEC Freshmen of the Week,” the Sheriff’s Office made in a popular Facebook post.

Bigsby will need to be on his A-game this Saturday as the Auburn Tigers take on defending national champions LSU at Jordan-Hare Stadium. The game will be broadcast by CBS at 3:30 PM ET.