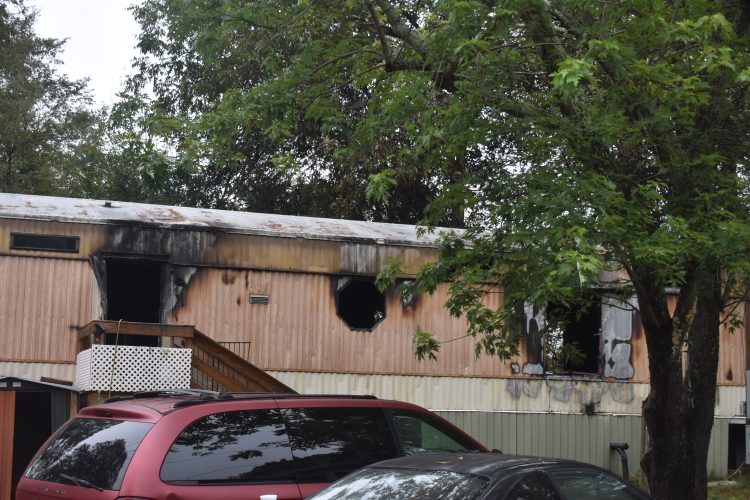 The LaGrange Fire Department is investigating a mobile home fire that caused the death of two children on Cherry Valley Drive Wednesday morning.

Firefighters were notified of the fire at 4:08 a.m. and arrived on scene at 4:15 a.m. to find the occupied trailer engulfed in flames. Two adults and two children were in the home when the fire started.

Firefighters had to remove 38-year-old Lynette Chester, the mother of the children, who was critically injured trying to save them from the fire. She was taken to Grady Memorial Hospital in Atlanta.

The children, 8-year-old William and 12-year-old Desmond, perished in the fire.

The children’s father, Jason Holmes, age 40, left the home to call for help and attempted to reenter the children’s bedroom through a window blocked by an air-conditioning unit, but was unable to do so. He was not injured.

Right now, Holmes is simply asking for prayers from the community as Chester is still in critical condition.

Community members have stepped up to provide assistance to the family including money, food, and clothing. The American Red Cross is also assisting the family. A GoFundMe page to raise monetary assistance has also been set up by Holmes’ employer, Karvelas Pizza Company at https://gf.me/u/y6pck4.

The origin of the fire is still undetermined at this time, but the LaGrange Fire Department and the State Fire Marshal’s Office are investigating.

Further details will be provided as they become available.