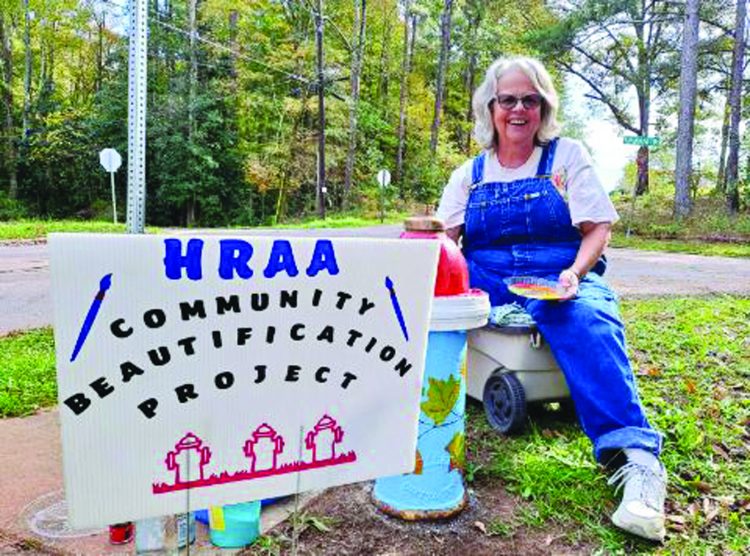 HOGANSVILLE, Georgia – The Hogansville Regional Arts Association (HRAA) has received a $1,000 grant from the Georgia Council for the Arts, a program sponsored by the National Endowment for the Arts, to complete three projects.

The $1,000 grant requires a 100% match. The Hogansville Downtown Development Authority has pledge $500, however additional funds are needed to meet the match requirements.

Earlier this year, the HRAA began a community beautification project lead by Hogansville resident Jackie Terrail to have local and visiting artists embellish the city’s fire hydrants. “I’ve wanted to embellish the fire hydrants for ## years. It has been a great opportunity to bring the community together and to make living and visiting Hogansville a little more colorful,” Terrail said.

Efforts of the HRAA were paramount in obtaining agreement of the Hogansville City Council to restore the Royal Theatre in downtown Hogansville. The Royal is expected to reopen in 2022 after undergoing major renovations.

To support the HRAA’s grant match or any of their other projects, tax deductible donations can be sent via the following:

About the HRAA: The Hogansville Regional Arts Association is a 501(c)(3) formed to promote and enhance the appreciation of cultural arts through education, preservation, and community activities for adults and children in Hogansville and surrounding rural counties.