Brother and Sister Always Play to Win the Game at McCluskey 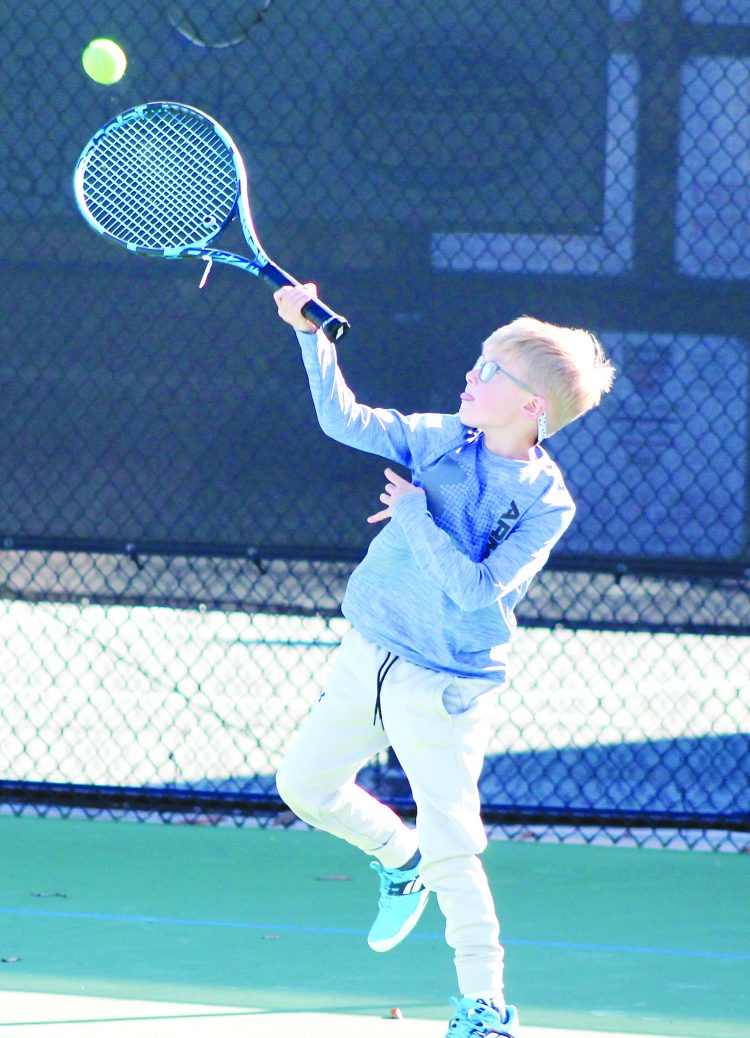 In his tennis book, it was an A okay Sunday afternoon for Ren Scarborough.

After an hour’s worth of a lesson, Scarborough played another 60 minutes of competitive tennis with his sister and family. And for the eight-year-old Scarborough, it was well worth the time at the McCluskey Complex in LaGrange.

Scarborough is a tennis guy with some emerging skills. He gets better with each lesson and every match, even a practice one like he got last weekend.

And the heavy-hitting Scarborough is always aware of the scoreboard. He likes to win. He keeps his eyes on the fuzzy ball.

“If you’re losing, you can never give up. You have to fight back. You need to hit the ball down the line,” said Scarborough.

He is picking up the game with great precision, although having played tennis for just five months. Scarborough is a third-grader with sixth grade tennis skills.

The boy is an advanced tennis player. Scarborough has already tasted some success with a tournament runner-up finish.

“I practice, and I know how to score. I just play. Yesterday I played for two hours. I know how to move around the court,” said Scarborough.

His 12-year-old sister, Charlie Scarborough, has some tennis acumen and strokes, too. She was on the McCluskey hard court with her brother on Sunday.

Nobody had to twist her arm either.

“I am starting to take tennis serious. I am getting real competitive. I have a good forehand, and I know how to hit a backhand (shot),” said Charlie Scarborough.

She, too, has some tournament experience. And she has the basic ingredient for tennis.

“I have fun, and I hit the ball as best I can,” said Charlie Scarborough.

That isn’t all she does out on the tennis court. She is out there for a purpose or two. She is a gamer. She is an uptempo player with a positive attitude.

“I am learning the fundamentals. I just like getting outside. Tennis is something to do,” said Charlie Scarborough, the seventh-grader.