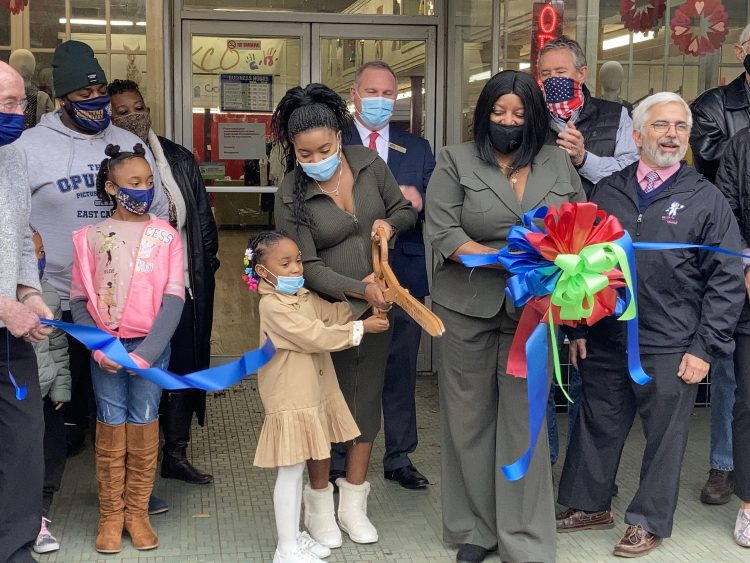 For Columbus native Cherelle Jackson, living in LaGrange has felt like somewhat of a dream. From Christmas carolers to downtown’s large tree, Jackson has looked at LaGrange as though it were a picturesque city from a Hallmark movie.

Now, she’s adding to it.

For Jackson, the idea behind opening a children’s clothing store was a pragmatic one.

“Being a girl mom!” said Jackson when asked her inspiration behind the store.  Jackson opened her first clothing stores in Columbus when she was eighteen. “I’ve done women’s clothing in Columbus all this time, but with another girl on the way, I said, ‘You know what? It’s time to invest into kids’ clothing.”

Jackson’s daughter Lauren serves as the inspiration behind the store’s stylish clothing options as well.

“The style of clothing is all Lauren,” said Jackson. “Lauren loves to dress up.”

Her preferred style? Skirts and dresses—items that make up a good portion of KCo.’s girl’s collection.

The Kreative Company is more than a clothing store, however. Jackson intends for the new Bull Street business to be an active part of the community with its own ambassador program and kid-friendly activities.

“We’re going to have our KCo. Ambassadors,” she said. “So, we’re looking for kids all the way up from newborn to generally around the age of six.”

The ambassador program looks to provide a fun, rewarding, and educational experience to selected kids.

“We just want to raise them up in the store,” she said. “Teach them some modeling skills and do plenty of things with the kids—such as story time with the KCo. Kanagroo, KCo. Crafts, cooking with K.Co, and more.”

“I just love children, and I’m a firm believer in that you have to get involved with the youth,” she said. “It takes a village. My mom was a single mom, so I just want to be a part of that village—whether you’re a single parent or have a two-parent household, it still takes a village.”

It’s a mission reflected in every detail of The Kreative Company—including the name.

“KCo. Stands for ‘The Kreative Company,’” said Jackson. “The name encourages kids to be creative and helps them find what they like in life.”

For The Kreative Company, Tuesday’s ribbon cutting was just the beginning.

“There’s so much I plan to do with the brand and the company,” Jackson said. “This is just one of the many things we will do.”

The Kreative Company is located at 106 Bull Street in LaGrange.