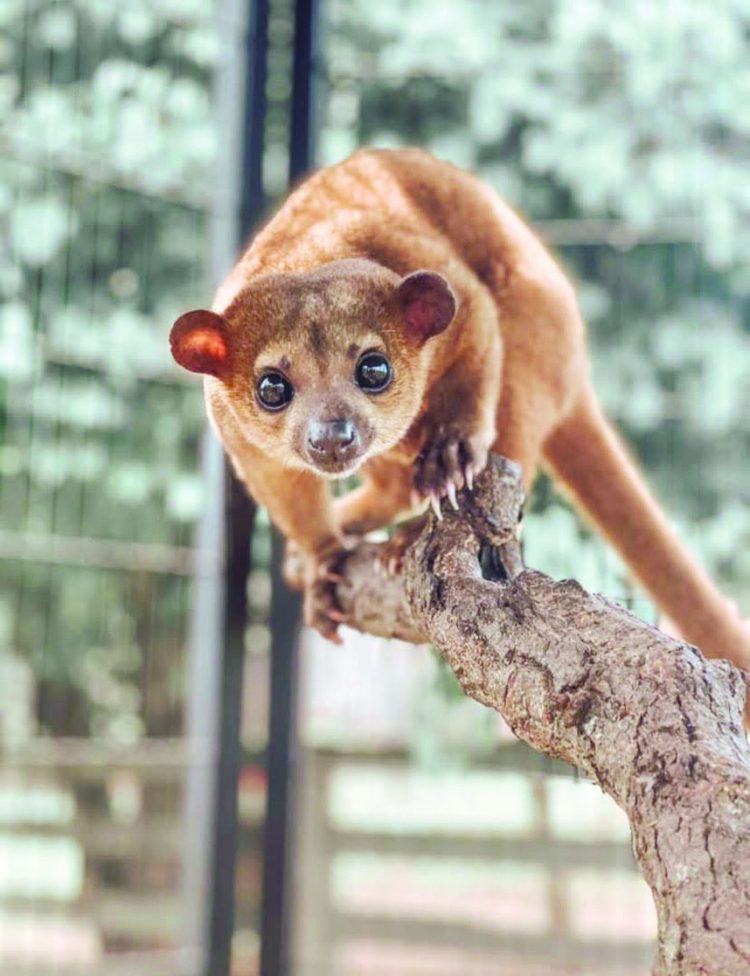 Llamas and monkeys and lemurs … oh my!

“We did a soft opening in the fall of last year,” Leo said, noting that the zoo was largely unfinished at the time. “We knew we weren’t going to have everything open until the spring—it was like a sneak peak before we got busy on construction.”

Leo co-owns Iron P. Homestead with Cody and Lauren Pringle and says that the idea for an exotic petting zoo came about, in part, because of the current pandemic.

“We’ve always had farm animals and livestock, and we’ve always had zoo and exotic animals,” he said. “With last year being COVID, whenever we had a lot of downtime, we just got our wheels spinning and decided ‘let’s do it.’”

Now, after meeting lengthy licensing requirements, Iron P. Homestead looks to offer a unique petting zoo experience to the Hogansville area. The new zoo will feature a Safari House where guests can purchase tickets and feed, a birthday party room that can be reserved, and a veterinary suite to take care of the animals.

The animals, of course, prove the main attraction—and Iron P. Homestead makes sure to provide a worthy experience.

“When you get here, you’ll come in the front house, and you’ll purchase your ticket and feed,” said Leo. “Then you’ll go out, and the first stop will be the exotic bird aviary.”

In the aviary, guests will be able to see several kinds of exotic birds before heading to the petting farm. It’s here that one will find “pettable” animals such as llamas, alpacas, goats, sheep, water buffalo, and other kinds of domestic livestock.

“You’ll be able to go inside the pen with some of those animals to pet and feed them,” Leo said before adding that other, more exotic animals will also be available for viewing—but often from a greater distance.

“Next, you’ll go on our wildlife walkabout which will feature our more exotic animals,” he said. “You will be able to feed some of those animals, but it is limited.”

“You can book different encounters with different exotic animals,” he said. “We’re going to be offering a monkey encounter where you can interact with monkeys and lemurs.”

Leo says that these encounters will allow guests to feed and even hold some of the animals.

“We’re also going to be offering a behind-the-scenes encounter that shows what it’s like to be a zookeeper here and how we take care of the animals.”

Those wishing to make early reservations can do so at their website once it is unveiled. The exotic petting zoo will feature a number of animals, including lemurs, monkeys, camels, porcupines, zebras, among others. In total, Iron P. Homestead expects to have nearly 400 animals by the time it opens in April.

According to Leo, that’s just the beginning.

“We’ll do nothing but grow,” he said, noting that they have already met with the county about expansion tracts. “We have what we have now and room to grow.”

The petting zoo focuses on fostering a family-friendly environment by encouraging gatherings—such as birthday parties.

“You will be able to rent out the entire facility,” Leo said. “But those having a birthday party can just rent the birthday party room, or if it’s a nice sunny day, they can choose our Prairie Pavilion. It’s going to be a pavilion in the zoo that you can rent for your birthday party.”

Food options will likely be available to those visiting the zoo.

“We hope to have food trucks out here as well,” said Leo, who noted that while the zoo isn’t allowed to serve food, they can offer prepackaged food and drinks. “Since we can’t do the food ourselves due to county regulations, we’re going to offer different food trucks every Saturday.”

Guests will also be allowed to pack and bring their own food.