Callaway Football Players to Compete at the Next Level 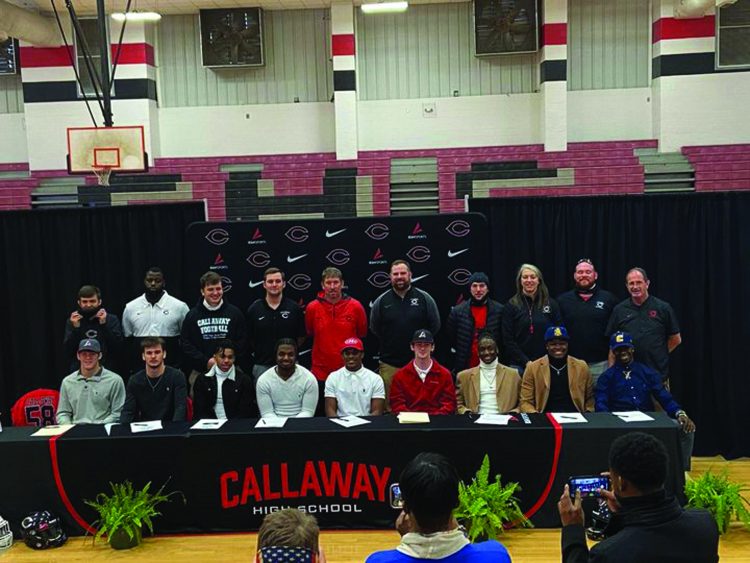 Nine Callaway High football players signed their intent to compete at the next level Wednesday as they took part in National Signing Day.

The nine graduating seniors are coming off an eye-popping tenure that put them in the running for several state titles. This season, the Cavalier seniors capped off their high school careers by competing in—and winning—their first state championship game. The win came in a 22-17 nailbiter over the Fitzgerald Purple Hurricanes in late December.

Each player thanked God, his family, teammates, and coaches for his accomplishment.