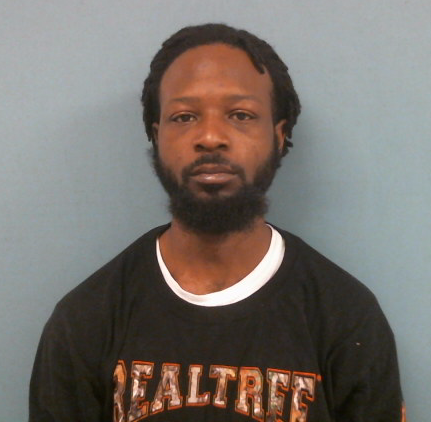 Police have arrested Calvin Demond Sanders, who was wanted in connection to the Jan. 17 murder on Wright Street in LaGrange.

Sanders was located at a residence in Woodbury, GA on Friday night around 9 p.m. and was arrested by LaGrange Police with the assistance of the Meriwether County Sheriff’s Office.

Sanders is believed to have shot and killed one man and seriously injured another after dispute at a residence in the 100 block of Wright Street. 27-year-old Deandre Rashad Cotton was found with a gunshot wound to the head on the front porch of the residence and was declared deceased at the scene.

Police later learned of a second victim, a 28-year-old male from LaGrange, who had been taken to WellStar West Georgia Medical Center in a personal vehicle. The second victim was airlifted to Atlanta for emergency treatment for multiple gunshot wounds, but has since been released from the hospital.

LaGrange Police Sgt. Mark Cavender advised that Sanders is believed to have shot both individuals during a dispute.

Police had been searching for Sanders for just short of a month after he was publicly identified as a suspect on Jan. 20.

Sanders, age 32, was arrested and transported to the Troup County Sheriff’s Office, where he was charged with murder and aggravated assault with a firearm.

Sanders is currently being held at the Troup County Jail without bond.