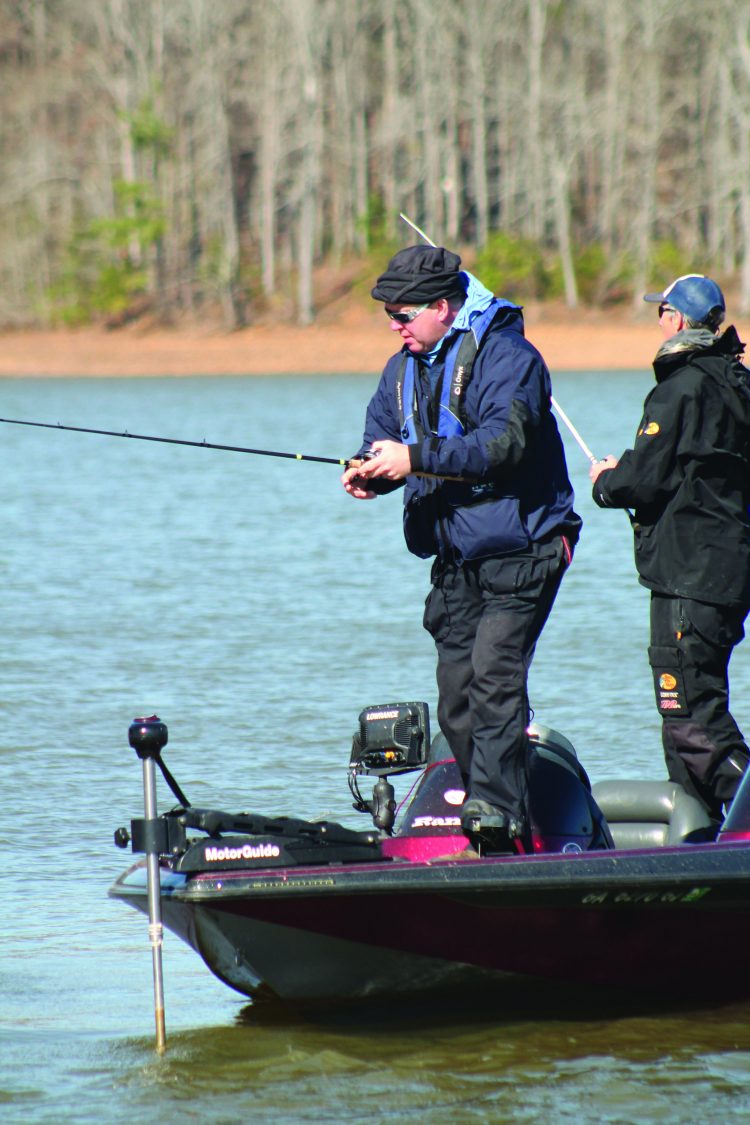 They kept it in the family.

It was a first-place kind of day on West Point Lake for father and son, Kenny and Chad Everett. The team from Villa Rica was unbeatable on Sunday as they won with 16.12 pounds of fish on the West Georgia Bass Trail.

Team Everett fished deep and caught eight largemouth bass. That was eight more bass than most of the tournament anglers caught.

“We kept the bait in the water, and we blew around the corners,” said Chad Everett. “We had a tough bite.”

Nobody shed any tears for the winning team, however. Team Everett weighed in five bass. They looked like championship fish, too.

“We were throwing spinnerbait and chatterbait. We fished from 10 to 12 feet,” said Chad Everett.

He and his fishing father won $1,150 with their tournament title. Kenny Carroll and Marty Murphy of Opelika, Ala. took the second-place plaque and an envelope full of money, $560 in all.

The runners-up called it a day after hooking up 15.45 pounds of bass.

“Somebody was going to catch them. The water was 44 degrees when we started,” said competitor Carlton Alford of LaGrange.

He found the “Happy Hunting Ground” out there on West Point Lake. With Alford’s three bites he got one largemouth bass.

“I fished from one to four feet. I was throwing spinnerbait and rattletrap (lures),” said Alford.

Patrick Smith and Max Hagood of Newnan had a two-fish day in the tournament. They caught one largemouth and one spotted bass.

The Hagood/Smith team fished in 15 feet of water with jig lures. The fishermen were winding, but not whining.

“It was calm in the morning and windy in the afternoon. It was tough fishing, but we caught fish. We fished the whole cove,” said Smith.

And he did not complain.

“All it takes is a positive mental attitude,” said Smith.

The third-place team had something like that. Kevin Allen and Dug Asay (yes, Dug) of Newnan were in the money and on top of the fish.

Allen and Asay  caught 14.40 pounds of bass. The anglers won $360 and a handskake from tournament director Matt Headrick of the West Georgia Bass Club of LaGrange.