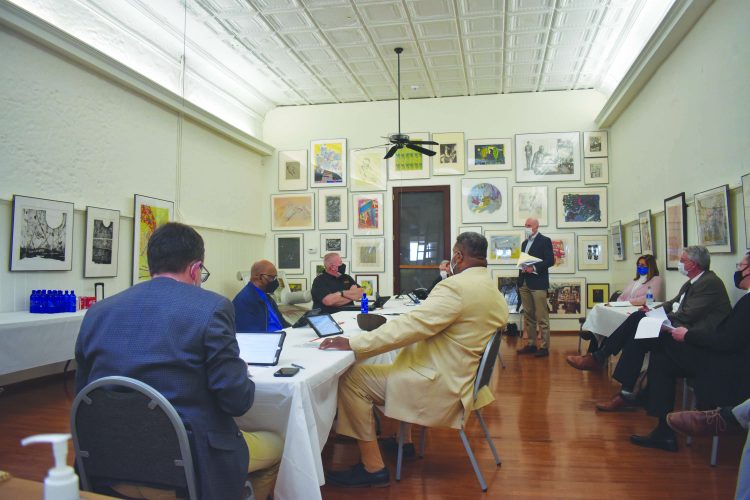 During Tuesday’s LaGrange Mayor and City Council meeting, the council held first readings of ordinances to potentially raise sewer service fees and raise the salary for the office of mayor.

The City of LaGrange is considering increasing sewer service fees to bring them in line with other comparably-sized cities and to help pay for the estimated $15 million needed for repairs to the sewer system.

Rather than making existing customers pay for the repairs, tap fees would be increased. Customers on newer lift stations would also pay a 50 percent surcharge for sewer service until the lift station is paid for.

Under the ordinance, tap fees for single family homes and small businesses using a meter of up to 1 inch would be increased from $1,500 to $3,000. Larger meters would have increased capacity charges for tap fees from $6,000 to $50,000. Most new constructions would pay the $3,000 rate, which city staff says is in line with other comparably-sized municipalities and significantly cheaper than paying for a septic system.

Tap fees for apartments would remain the same at $1500 for each new meter.

The city also held a first reading for an ordinance to modify the compensation for the office of mayor from $12,000 to $20,000.

Councilman Mark Mitchell suggested the change, saying he has seen the extra work that Mayor Jim Thornton has done recently and thinks he deserves more compensation for all the work he is doing, including assisting the city attorney with legal work.

Thornton noted that he discouraged Mitchell from requesting the change, but thanked the council for recognizing his efforts. Any potential salary increase wouldn’t go into effect until Jan. 2022.

The council also approved declaring a city-owned property at 645 Hudson Road as surplus. The city had originally paid $93,000 for the property with the intention of using it for a water tower, but has since determined that one is not needed in the area.

In order to sell the property, the city must place it out for sealed bids, though it can set a minimum bid. The city is not allowed to negotiate the sale of the property, which reportedly has one interested buyer.