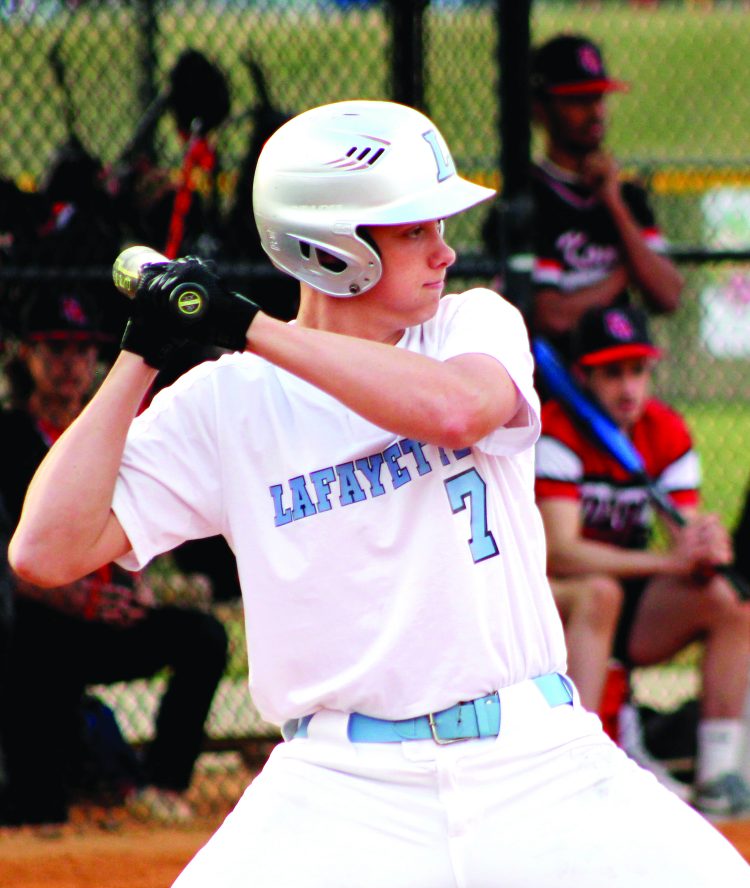 Between the white lines, they are hard to beat. That’s the Cougars for you.

Lafayette Christian School played some more winning baseball on Tuesday afternoon with an 8-2 smackdown against Konos Academy in a game in LaGrange.

“We played good defense, and we put the ball in play. We’ve got a balanced team, and we believe in ourself,” said Cougars assistant coach Tim Gustafson, the former minor league pitcher for the Atlanta Braves, the Cincinnati Reds and the Colorado Rockies.

And Barnett did not give up a hit in his five-inning pitching stint.

“Adam threw strikes, and he got the ball down in the zone. He was aggressive with his fastball,” said Gustafson, the ex-Georgia Tech baseball star.

Barnett had a 4-0 lead to work with before he batted an eye. Lafayette Christian scored very early with a first-inning rally. The Cougars never

looked back after getting a Nathan Karvelas three-run triple and a Brock Tumlin run-scoring single in the bottom of the first.

“We have a well-rounded team. We have good players and a solid lineup,” said Karvelas.

He had four hits on this baseball afternoon for the 7-3 Cougars. Karvelas, the senior left fielder for Lafayette Christian, also had a double and two singles in the game.

The Cougars would score again in the bottom of the second inning. Lafayette Christian took a 6-0 lead with a two-run homer from senior Cason Firth.

His blast landed on the other side of the left field fence. Firth’s home run was the real thing, stich-by-stich.

“Lafayette got the momentum. They are well-coached, and they did not make any errors,” said coach Kirk Smith of Konos Academy (4-1).

The Condors gave up 11 hits to the Cougars on the day. And that included a Tanner Jackson single in the third inning and a Landon Bush two-RBI single in the bottom of the fourth.

Lafayette Christian also got three more hits (all singles) from Cason Firth, Nathan Karvelas and Jackson in the fourth inning. The Cougars snatched an 8-0 lead in that inning.

The only two runs for the Condors were scored in the final two innings of the baseball game. Konos Academy, the team from Tyrone, Ga., tallied a pair of runs with a Logan McDonald RBI single in the sixth inning and a Dylan Davenport run-scoring single in the top of the seventh.