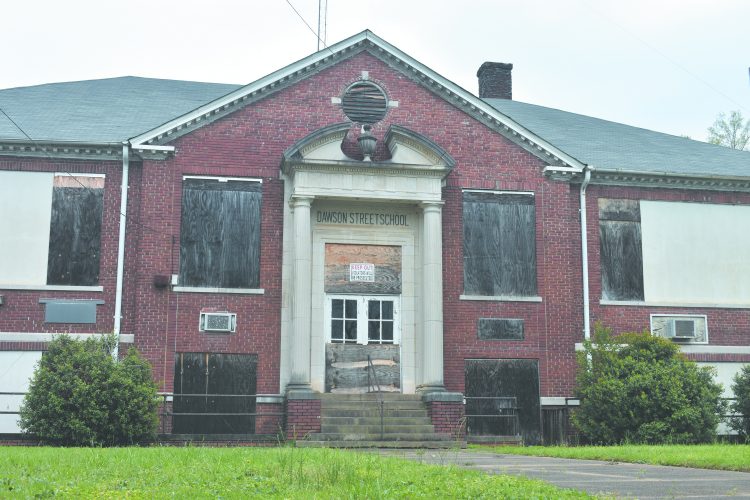 The LaGrange City Council discussed a potential redevelopment plan for the former Dawson Street School property during their recent session.

Tammy Finley, a potential developer out of Atlanta but with a personal connection to LaGrange, discussed a plan to renovate the former school by turning it and the surrounding property into housing. Under the plan, the former school would be converted into townhomes, and the surrounding property would be used for separate new construction, single-family homes.

The city has owned the now-vacant property for decades, and the school has seen much better days. It’s frequently been used by squatters and is filled with large amounts of paraphernalia and other trash. The interior also has significant structural damage.

Under the first phase of the proposed redevelopment, the school would be converted to approximately 14 townhomes.  Each of the units would have balconies for outside access as well as covered parking. Finley advised that the units would have at least two bedrooms, with the larger ones having three bedrooms and two and a half baths.

If all goes well, the two parcels surrounding the school would be used to develop a pocket neighborhood of about 30 new detached single-family homes.

The redevelopment of the Dawson Street School is expected to cost at least $2 million. The second phase, which consists of the new construction, is anticipated to cost about $5 million.

Under the proposed plan, the property would be transferred to Finley for redevelopment for $10,000. If substantial renovations are not completed to the former school within 36 months, Finley would be required to pay the city $50,000.

Because of the significant changes that would be made to the school, the plan would not qualify for historic tax credits.

The assessed value of the property is about $314,240, but Mayor Jim Thornton noted that all previous attempts to sell the property required that the city tear down the school first, which would cost about $450,000.

“It’s a liability to the city,” said Thornton. “Frankly, we probably should have torn down this building a long time ago.”

“Essentially she’s buying the property for $450,000,” Thornton explained, noting the city would no longer have to pay for the demolition of the building.

A public hearing for the proposed redevelopment plan will be held at the next LaGrange City Council meeting on Apr. 13, at 5:30 p.m.