Caden Wood was doing some serious pitching for the Grangers in the State Baseball Tournament semifinals on Monday night. Wood threw a 1-hitter against Cedartown, and LaGrange High beat the Bulldogs, 2-0 at Granger Park.

Be careful what you wish for.

The Cedartown Bulldogs got much more than they expected in the third game of a Class AAAA state baseball playoff series against LaGrange High School.

In the final minutes before the game started, one of the Cedartown coaches told his players from the dugout, “LaGrange is pinning its hopes on a freshman pitcher who throws 78 MPH.”

So much for that motivational tactic. The LaGrange High freshman pitcher, Caden Wood, carved Cedartown up with a 1-hitter in a Granger 2-0 shutout in the state semifinals on Monday night at LHS.

Wood was on his baseball game, for sure, and there wasn’t a lot that the Cedartown Bulldogs could do about it.

“Everything was working, including my slider and changeup. We got ahead in the first inning, and we never looked back. We fought to the end,” said Wood.

He stuck around for 6 1/3 innings, walking only two and striking out three. Wood also took advantage of two Granger double plays while he was out there.

The third LaGrange High double play of the night came in the bottom of the seventh. The Grangers closed out the playoff series with another twin killing as LHS relief pitcher Trevor Booton served up yet another double play.

And he threw just one pitch in relief to get that game-ending double play.

According to Granger senior catcher Zack Thompson, “Our double plays were momentum-killers. Our defense played well. There is nothing like it.”

LaGrange High played defense like their season depended on it. And maybe it did.

Granger junior left fielder Seth Stargell took one hit away with a sliding catch on his knees on a sinking line drive in the bottom of the fourth inning.

The LaGrange High defense erased another Bulldog base hit with a diving stop by Granger freshman Cooper Stephens along the first base line in the sixth inning.

It was in the bottom of the sixth, as well, when the Bulldogs also got their only hit of the evening off of Caden Wood.

Cedartown junior second baseman Denver Nale coaxed a single to left field. The Bulldogs did not finish the job, however.

They never did with just one hit off of Wood and reliever Trevor Booton of the Grangers.

“We couldn’t execute. The LaGrange pitching was good. They were throwing offspeed and some good changeups,” said Xavier Holiday, the Cedartown sophomore third baseman.

The Grangers were moving on once again in the State Baseball Tournament. With their 31st win of the year, LaGrange High earned an invite to the state championship series against No. 1-ranked North Oconee.

The title series will commence on Friday at 5 p.m. with a doubleheader in Rome. Coach Gevin Johnson of Cedartown is jealous, too.

He wishes it was the Bulldogs heading to the state baseball finals in Class AAAA.

“We were just (too) inconsistent. LaGrange hit the ball and made the plays. LaGrange was well prepared, and they worked hard,” said Johnson, the head ball coach of the 27-11 Cedartown baseball team. 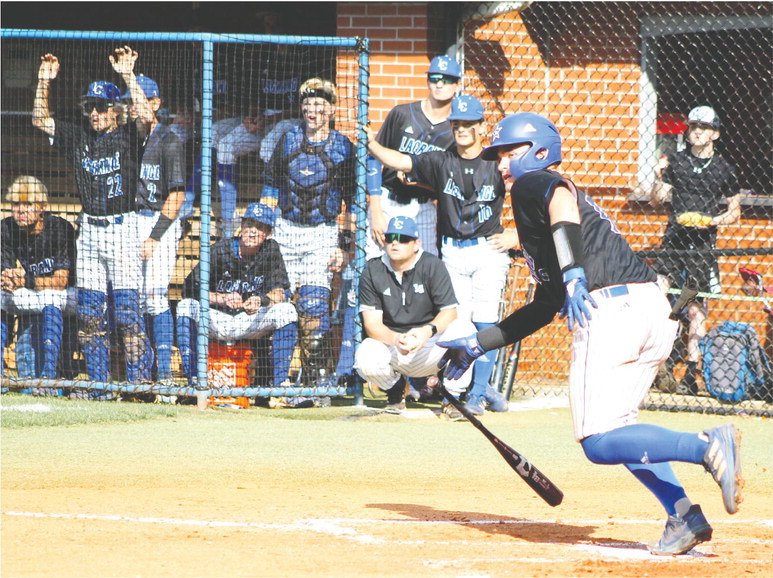 Freshman Cooper Stephens and LaGrange High kept on hacking and hustling against the Cedartown Bulldogs in the Class AAAA State Baseball Tournament semifinals on Monday evening. The Grangers scratched out a win in a low-scoring contest.