LaGrange High senior Jack Doerr was recognized for his extraordinary heroics and bravery that save the lives of two children.

During the Troup County Board of Education work session on Monday evening, the school system recognized a number of exceptional students for recent accomplishments, including a LaGrange High student for lifesaving heroics.

LaGrange High School senior Jack Doerr was recognized for saving two children from drowning at the beach while on spring break.

Doerr noticed two children that got caught in a riptide while vacationing at the beach in Santa Rosa Beach, FL during spring break. As their mother frantically screamed for help, Jack didn’t hesitate and dove into the water to rescue the children and brought them both back safely to shore.

Doerr is a strong swimmer in part due to his participation on the LaGrange High Swim Team.

LaGrange High Principal Alton White was later contacted by Santa Rosa Beach to inform the school of Jack’s heroics and commend him for his bravery.

“I want to commend Jack and acknowledge his bravery. He is a fine young man,” said the Santa Rosa Beach representative.

The school board also recognized five students with the Troup High School Beta Club who will advance to the National Convention in Nashville this summer after competing in the State Beta Club Convention in January.

The board also celebrated students who were recognized at the 94th Georgia State Future Farmers of America State Convention held in April for earning their State FFA Degree. The State FFA Degree is the highest degree that the Georgia FFA Association can bestow upon its members. In order to receive the State FFA Degree, members must meet a number of requirements outlined by the National FFA Organization.

In addition, LaGrange High Junior Savannah Farrell was specifically recognized for receiving the State Proficiency second place award for her Equine Science Proficiency Project. Savannah began her project in 2019 and has worked a total of 1,056 hours on her project. Savannah placed first in Area 3 Proficiency and went onto win the Central Region advancing to her second place in State for her project.  Savannah was also elected on the Central Region Area 3 FFA Officer Team and will represent over 29 Counties in Area 3.

The students were selected based on their involvement in scheduled activities and their creation of a PowerPoint presentation or essay on “How a PC Can Help Me Transition to Work of Further Education.” 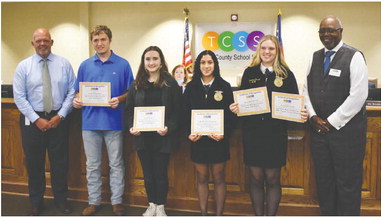 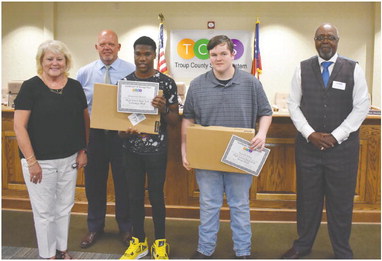 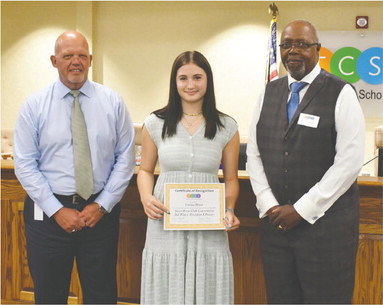