All he does is be himself.

On most days, that is good enough for David Kelton, the man with the Major League baseball background and the high school diploma from Troup.

He’s a Tiger. To say the least, Kelton is a hometown product. He played on the Recreation League fields of LaGrange and West Point.

Kelton learned from his mistakes. He honed his game, and he got drafted one day in the second round by the Chicago Cubs in 1998.

He played a little left field for the Wrigley Field crew for two years from 2003-04. A big talent at 6-foot-3, 200 pounds, Kelton never lost his love for the game.

For the last eight years the ex-Cub and the former Troup Tiger baseball stud has been the head coach of the LaGrange College Panthers.

Twice his teams have won 40 games in a season. Every spring under Kelton, LaGrange College has hung a winning season out to dry.

The Kelton-led Panthers have done it all, from five straight conference championships, to one World Series appearance in NCAA Division III, to post-season notoriety with three All-Americans and 25 all-conference players in the USA South.

What else is left for David Kelton in his esteemed coaching career?

Well, come summertime there is always the Annual David Kelton Baseball Camp for the local youth.

That’s where the former Cubs outfielder is this Monday through Friday at beautiful Cleaveland Field in LaGrange.

Kelton is, of course, the director of the camp for players of all possible abilities. On the field and in the mix are 78 players from five to 12 years old.

The camp has a daily agenda, three hours in length, with base running, fielding and hitting included.

The young players are having a profound effect on the coaches, too, including Kelton. The confidence is rubbing off.

“The kids are loving it. They have the (baseball) passion. They are working on their throwing techniques and their stance (in the batter’s box),” said Kelton.

The baseball youth are feeling no stress, and they’re having some summer fun. The players are improving, too, with each camp workout at LaGrange College. 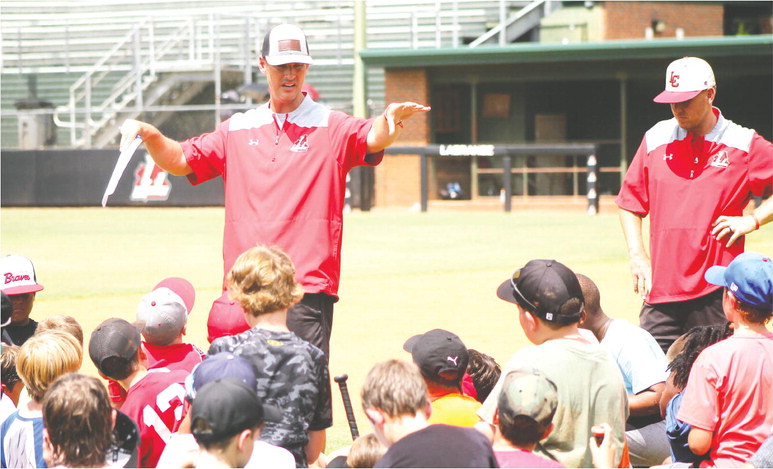 Coach David Kelton captures the crowd at a youth baseball camp at LaGrange College. The players were enthralled. 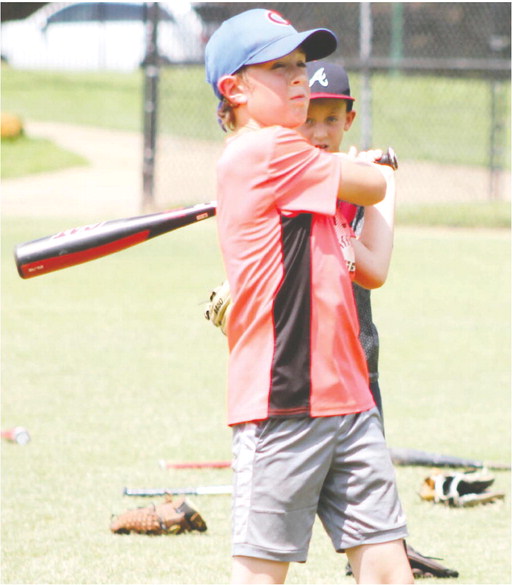